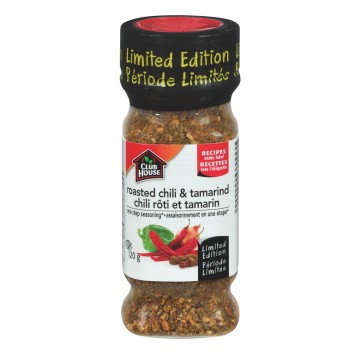 Consumer tastes du jour may often come and go with the wind, it seems, but staying ahead of them while they matter has kept venerable spice producer McCormick & Company Canada Co. firmly perched on top of the food chain in its industry segment for over 120 years.

Combining zesty pops of spicy, sour and herbal flavors often used in North African and Asian cuisines, the new blend of slow-roasted chili peppers, sweet fragrant spices, and the tangy citrus flavor of tamarind with a dash of red pepper heat was inspired by the company’s own McCormick Flavor Forecast barometer—used for the last 10 years to forecast the incoming flavor trends for the year ahead.

Originally launched in 2008 under the Club House La Grille brand, the Club House Limited Edition flavors have been a big hit with the Canadian consumers, according to McCormick Canada, who have shown themselves to be willing and eager to embrace an increasingly global palette of flavors from around the world.