A lifetime of wrapping sweets, with an end of life to help the future 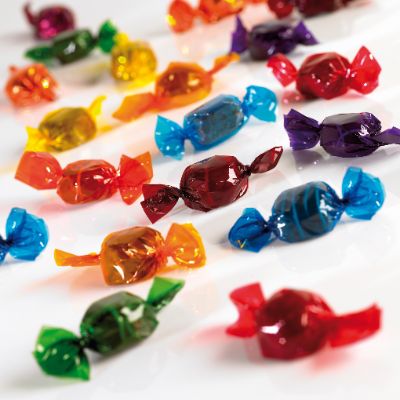 As 2021 draws to a close, Futamura is celebrating a significant milestone in the history of its packaging films: 85 years of twist wrapping individual sweets. The company’s Cellophane™ films were used for the first automated twistwrap machines. In the early days, they were often referred to as a ‘transparent paper’ as they were made from renewable wood pulp. Over the years, the films became synonymous with confectionery wraps, being established as the packaging of choice thanks to their excellent technical performance on the packaging machinery and aesthetic appeal.

With its inherent deadfold properties, Cellophane was the ideal choice for twistwrapping: the films ran extremely well on packaging machines, static-free, wrapping at high speeds with an incredibly low level of miswraps. They also held their twist naturally, without the need of heat sealing or adhesives. This meant that the wraps could be easily opened, even by younger consumers – a must when you wrap sweets!

In the last 20 years, acknowledging the growing demand for environmentally responsible packaging, Futamura launched NatureFlex™ films. This new generation of films is the natural evolution of the original Cellophane:  the technical performance of Cellophane, renewable raw materials sourced from sustainably managed plantations and the additional benefit of more sustainable end-of-life options. NatureFlex is certified for home composting by TUV Home compost and meets European and international norms for industrial composting including EN13432 and ASTM D6400.Compostability, the solution to the small format flexible issue

Whilst we have all seen companies and authorities making statements and committing to the path of mechanical recycling, it is becoming increasing apparent that recycling will not be the solution for all applications. The study ‘Breaking the plastic wave’ made it very clear that there is no silver bullet: the industry must use all options available to resolve the current packaging end of life issues.

Today, brands and waste management operators are acknowledging that small format flexibles will be extremely difficult to handle and recycle.  Small format, traditional twist wraps fall into this category: small by definition and often scrunched up or torn, rendering them even smaller.

In this specific application, using a compostable film such as NatureFlex enables a positive end of life: consumers can simply place it in a home compost bin and the film will break down within 6 to 8 weeks. As facilities develop, industrial composting will also become an option, and this is certainly already happening in some European countries such as Italy and Ireland. Both options – home and industrial composting – enable the production of soil enriching compost. Finally, in the unfortunate event that sweet wrappers were littered (not something Futamura would ever condone), then NatureFlex wrappers would certainly break down, with a lower environmental impact than ones produced with conventional plastics.

According to Futamura Sales & Marketing Director, Andy Sweetman; “the combination of exceptional wrapping performance coupled with an enhanced end of life solution make NatureFlex the logical choice in small format flexible applications such as twistwrap.”

When it comes to twist wrapping, NatureFlex films offer a renewable and compostable alternative. They are most effective on packing machinery. SACMI Chocolate Spa., a machine manufacturer who began in 1907, under the earlier name of Carle & Montanari, has been producing wrapping machines for sweets since 1957, regularly runs NatureFlex on their machines. Valentina Bergami from SACMI Chocolate Spa. sales and marketing department said:

“NatureFlex is a very reliable material, with all the features a material needs to have when running on a wrapping machine: elasticity to withstand the traction in the unwinding process, where the film is unwound from its reel and fed to the wrapping area. Rigidity, so the film can be pushed through the feeding unit of our wrappers where it is cut to length right on top of the product. And last, but not least: elasticity to be twisted and memory effect so that the twists are held and don’t re-open.”

Ms Bergami added; “We have tested various versions of NatureFlex with various looks, transparent or metallised, and the material passed with very good results through our trials. This is why we actively recommend it to our clients seeking for new eco-friendly alternatives to plastics.”

NatureFlex films are used to wrap many different brands of sweets, from your family’s favourite colourful chocolates, to niche vegan brands.

Futamura Chemicals Company Limited is a major producer of plastic and cellulose (NatureFlex™ & Cellophane™) films. Following the acquisition of Innovia Films cellulose business, Futamura has a global footprint with production sites in the UK, USA and Japan.  It holds a leading global position in the markets for renewable and compostable packaging films and cellulose casings.  Worldwide Futamura employs some 1500 people, with a focus on safety, high quality speciality products, R&D, customer service and ethical, sustainable partnerships.