The coming tempest in a beer mug

Canadian Packaging editor George Guidoni reflects on a new report from the Retail Council of Canada (RCC) in the June 2019 issue.

It is often said that people get governments they deserve.

And for the swelling ranks for Ontario residents swept up in a furious backlash against premier Doug Ford’s austerity agenda targeting government spending and institutionalized sacred cows like The Beer Store, for example, it may be wiser to see how things actually play out before rushing to ideologically-driven judgments.

While blaming previous governments for the mess they left behind is a rather cynical time-tested political ploy used by virtually every party in power to justify their more controversial policies, it’s hard to see most Ontarians getting too distraught about Queen’s Park’s decision to end the province’s 10-year agreement with The Beer Store’s co-owners Molson, Labatt and Sleeman signed by the previous Liberal government back in 2015.

For all the respect for the principle of a deal being a deal, some deals are worth revisiting when circumstances warrant a second look, especially a deal structured to maintain the existing status quo of preferential market access for bigger beer brands for a decade.

In some ways, the writing was already on the wall when the Liberals first allowed for the expansion of beer and wine sales at the province’s grocery stores under their watch, so extending that to corner stores and other retail channels as many other Canadian jurisdictions have done long ago is a logical and inevitable outcome that simply reflects the maturity and diversification of Canada’s biggest consumer market.

In doing so, the Ford cabinet is actually expressing a refreshingly libertarian mindset of offering consumers greater freedom of choice, unlike the prohibitionist Nanny State tendencies guiding previous conservative and other governments, which created an uneven playing field for beer and wine industry newcomers.

As the province’s finance minister Vic Fedeli points out, “The current beer distribution system is owned by three global giants who were handed a sweetheart deal by the previous government, and who are more interested in protecting profits than providing convenience or choice for the average people.”

Stinging words, no question, but not without foundation or precedent. 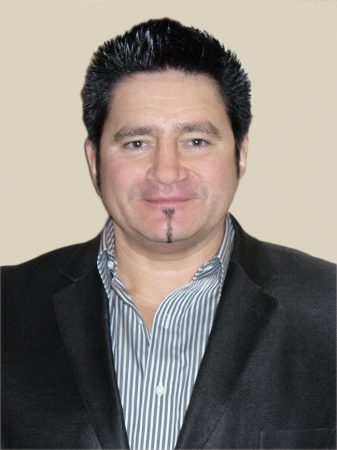 Despite the expected howls of outrage from unionized Beer Store employees predicting thousands of lost jobs, a new report from the Retail Council of Canada (RCC) paints a completely opposite scenario, citing the lower pricing and net job creation experienced in provinces with more liberal rules on beer sales.

Unapologetically titled Alcohol in Ontario: Choice & Convenience Means Jobs & Growth, the report calls the proposed deregulation in Ontario a “win for consumers and a win for Ontario’s economy,” citing Quebec and British Columbia as textbook examples of the benefits of deregulation.

“Currently, Ontario is the most underserviced alcohol market based on retail locations per capita in Canada,” the report notes, “with only 2,702 locations that can retail alcohol [and] net-of-tax beer prices that are higher in Ontario by 8.3 per cent.

“To move to the national average, Ontario would need to increase the number of locations by 4,028,” RCC states, “and by increasing choice and convenience for alcohol to the Canadian average, RCC finds that along with greater choice come 9,100 new jobs and a $3.5-billion increase to the GDP (Gross Domestic Product).”

Only time will tell if such numbers are too good to be true, of course, but we’ll never really know unless we try, even if only just because it is 2019.