Sometimes all that glitters isn’t golden—a fact not lost on Slama Huiles, a family business that has been producing the liquid gold that is extra-virgin olive oil for more than 80 years.

From their Tunis, Tunisia headquarters, the Slama family has been producing and processing high-quality extra-virgin olive oil from their groves in the historic city of Aghlabides  and in the highlands of Thala.

Since their start in 1933, the Slama family has passed its expertise and passion for the Mediterranean tradition of harvesting extra virgin olive oil, down from father to son through three generations.

However, the family business had always sold its Tunisian EVOO (extra-virgin olive oil) to other Mediterranean countries where the family says its olive oil was forced to masquerade itself as oil from other well-known bottling companies.

At those companies, that 100% Tunisian EVOO was cut with other oils to lower the fat content, which then had chemical additives used—all of which affected the taste, aroma and nutritional value of the final product.

Granted such changes to the olive oil were performed to provide a longer shelf life.

However, through the use of old-world techniques such as hand-picking the fruit and cold-pressing it within 24 hours, The Slama Family is able to offer a premium product directly from their family groves in Tunisia to Canadian consumers.

Currently, Canadian food laws do not require product labels to specify exactly where olive oil comes from—something that the Slama family notes can make it difficult for consumers to know which brands to stand behind and trust. 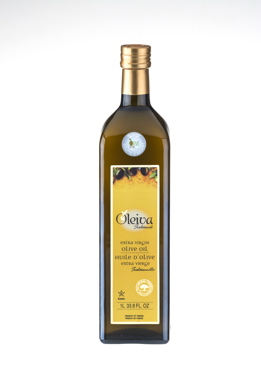 Flying in the face of stuffy convention, Slama follows and abides by strict Tunisian agricultural standards, which regulate and monitor the production and delivery of EVOO to Canada via its Oleiva Traditional Extra Virgin Olive Oil.

As such, Canadians know that when they purchase Oleiva, they can know exactly what they are getting and where it really comes from.

While distribution can vary dependent on the province, the 1L bottle of Oleiva Traditional Extra Virgin Olive Oil, is available in supermarkets across Canada. The retail price is $10.99.

The Oleiva brand is distributed via Med Flavour, a Toronto-based company incorporated by the Slama family in 2013.

For more information, contact the PR Department at www.prdepartment.ca.