Walmart has become infamous for Internet photo collections of people dressed in all manners of ‘interesting’, but the latest interesting person to patrol its aisles isn’t a person at all.

After trials at a handful of its stores in Arkansas, California and Pennsylvania, Walmart has decided to roll out its robot fleet to a total of 50 stores in the U.S. to ensure that its shelves are always fully-stocked and priced correctly.

Along with those duties, which are achieved via a sensor array on the mobile self-propelled robot, it is also expected to check that products have been properly placed on store shelves and are labeled and labeled correctly. 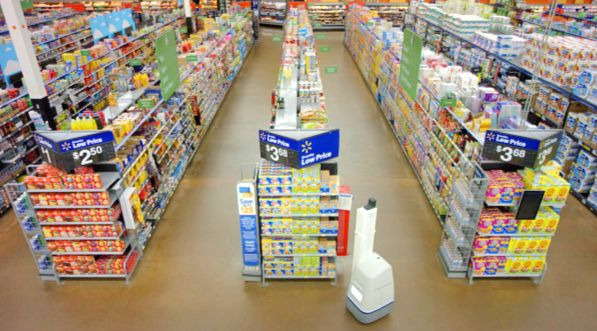 While still in the trial phase before the technology is phased into all of its stores—it is hoped—Walmart believes the robot technology will provide its employees with time-saving, enabling them to perform important duties such as serving customers and selling merchandise.

The trials will be used to gather feedback from customers and employees alike before a further decision is made regarding full robot deployment.

The technology isn’t new, as Simbe Robotics performed the same duties with its Tally robot back in 2015, but as usual, when a retail giant like Walmart talks, everyone listens.

See the Walmart video on its robot(s) via the YouTube video below: