General Mills—a League of their own

While it is true that for the longest time, comic books simply weren’t always just for kids anymore, DC Comics, in partnership with General Mills is attempting to right that ship with a cross-pollination of super-heroes and cereal mascots.

Along with the artwork featuring the cereal mascots dressed in super hero garb on the front, five of the cereal boxes will feature a five-part mural of the actual Justice League characters penciled by Ivan Reis, inked by Joe Prado and colored by Marcelo Maiolo.

As an added bonus, each cereal box will include one of four original custom 24-page comic books featuring Justice League characters: 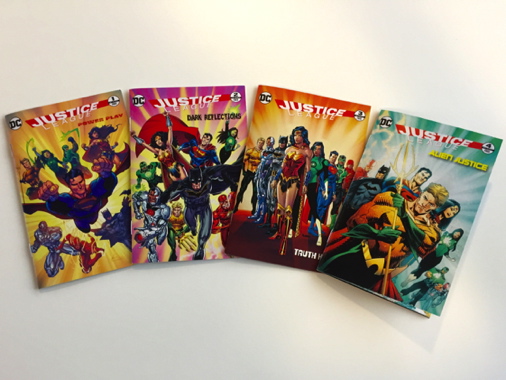