New facility in Kentucky opens with a caring eye towards both the customer and its own employees. 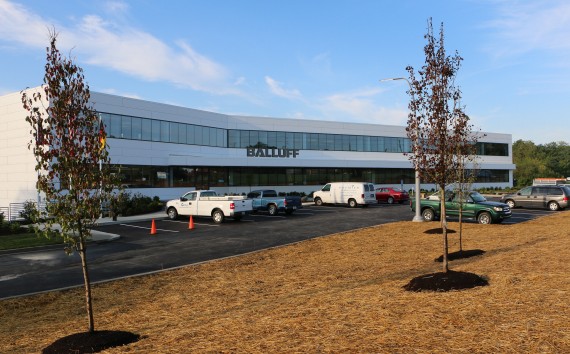 Florence, KY—The grand opening celebration of Balluff, Inc.’s new Customer Support Center in Florence, Kentucky took place on September 15, 2014 with Governor Steve Beshear attending, along with other community and company officials. One of the world’s leading automation suppliers, Balluff specializes in products for industrial sensing, networking, and identification for a wide range of applications and industries.

“Balluff has found a successful home in Northern Kentucky for more than 30 years,” says Governor Beshear. “We’re proud to have the company’s U.S. headquarters in the Commonwealth. More and more companies are discovering that Kentucky is a great place to establish businesses of all sizes.”

“We are extremely excited about the completion of our new state-of-the-art Customer Support Center,” says Howard. “We have seen tremendous growth over our 30 years in the U.S., and this new facility demonstrates our commitment to customer service excellence and will free up space in our existing building for increased production and logistics to continue our growth in North America.”

Balluff’s new 48,000-square-foot facility includes green concepts and worker-friendly features, such as 100 percent employee access to daylight from work spaces. There are collaborative areas and open-concept desks located throughout the facility, along with high-end technical application and vision labs for product testing, and a state-of-the-art training room.

Construction of Balluff’s new facility began in May of 2013.  The new three-story building features a white exterior with long windows surrounding the front and back.

According to Hermle of Balluff GmbH, “The Balluff values: people, environment and customer orientation, strongly influenced the architecture of the new building in Florence.”

The design of this new building symbolizes two open arms, welcoming the visitor and all employees to enter the building. Furthermore, a 200-foot long bridge connects this new facility to the parking lot of the existing Balluff facility on Holton Drive.

The building was ecologically designed around the current terrain of the land, with most of the trees remaining, which also provides a relaxing and scenic view for employees.

Balluff Inc. is the U.S. subsidiary of Balluff GmbH, based in Neuhausen, Germany. The company’s U.S. headquarters currently employs more than 150 people, and has been located in Independence since 1983, with expansions in 1994 and 2001.

The facility is the final assembly, distribution, and training site for Balluff in the U.S.