A monthly look at some of the hits and misses in the packaging world from the viewpoint of Joe Public, Canadian packaging magazine's revolving columnists.

Unknown to many of its citizens, Canada has been an international leader in growing industrial hemp, with western Canada—specifically Manitoba—accounting for the bulk share of that growth. Despite its distant relation to the more notorious recreational cannabis plants, the super-low-THC industrial hemp is actually an edible and drinkable ‘superfood’ that has traditionally been sold as a commodity item in the form of hemp oil, hemp beverage, shelled hemp seeds, and hemp protein powder. Recently, however, it has increasingly been used as a key ingredient in a growing number of value-added packages for food products. 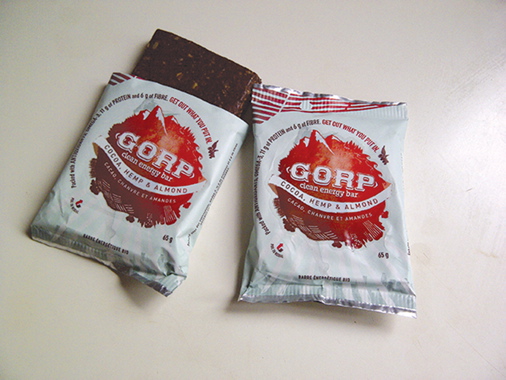 Manufactured by Winnipeg-based Gorpworld Ltd., the GORP Clean Energy Bars are fast becoming a popular choice among many top-performance athletes, thanks to their powerful energy-boosting properties and a robust boost of protein, delivering 11 grams of it in a tasty, 65-gram serving of cocoa, hemp and almonds. In fact, the Winnipeg Jets hockey team is reportedly ordering them by the case-load to recharge the players’ spirits during intermissions. This ice-cool factor is deftly played up with the frosty-colored background of the heat-sealed, high-barrier flexible polymer pouches in which they’re packed. Produced by local flexible packaging converter Popsyn Packaging, the pouches can be resealed after a few bites (they’re more filling than they look!) with the detachable top label, the brainchild of Cocoon Marketing, whose puck-shaped red graphic ensemble of snow-capped mountains and tree-tops in the center practically commands one to break out into an enthusiastic chant of “GO CANADA!” 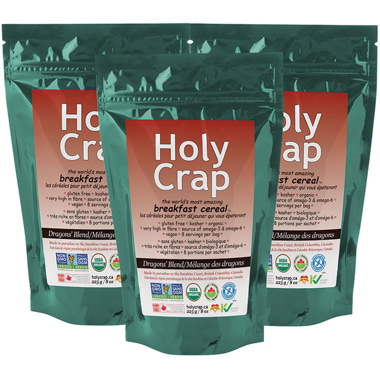 As an award-winning contestant of the wildly popular Dragons Den television show on the CBC network, Vancouver-based Holy Crap has everything going for its flagship brand of breakfast cereals: shiny, brilliant-green stand-up pouches; super-informative product labels, fully-resealable closures; prestigious international cer­tifications galore; and a priceless endorsement by none other than Commander Chris Hatfield, ISS, Expedition 35, himself: “It’s delicious, best taste in space.” If it’s good enough for NASA to send to space to feed its astronauts, it is more than good enough to justify its claim of being “the world’s most amazing breakfast cereal,” as the 225-gram pouches proudly proclaim just underneath the Holy Crap banner.

Also based in Winnipeg, Manitoba Harvest is one of the world’s leaders in the production of hemp seeds, cleverly marketed under the Hemp Hearts brand label. Intended for consumption as a topping for salads, cereals and yogurts, the crunchy little Hearts contain exceptionally high amounts of the ‘good-for-you’ Omega 3 and Omega 6 fatty acids, which are admirably protected inside the sturdy, multilayer stand-up pouches flushed with just the right dose of nitrogen for extended shelf-life performance. 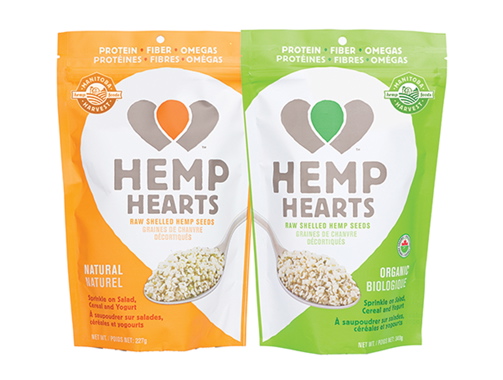 Despite the fact that Canada should be proud to have innovative companies like the ones listed above, industrial hemp’s superficial resemblance to marijuana still has the Canadian hemp industry operating largely at the mercy of Health Canada inspectors, with hemp still being classified as a controlled substance. With a near-negligible THC content of 100-ppm (parts per million), compared to the average of 20,000-ppm for most of the illicit inhalable stuff, this is one product niche where Canadian producers have a real opportunity to get ahead of the game on a world scale. With the total acreage used to grow industrial hemp in Canada rising from 35,000 to 100,000 acres in recent years, it really is high time that Agriculture Canada does not let that opportunity slip away by starting to treat hemp as just another normal and perfectly legit foodstuff. We’ll all be better off for it—both in body and mind. 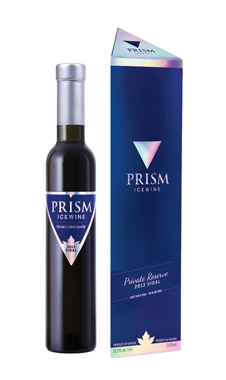 Until that happy day arrives, I resolve to ‘look don’t touch” at the recently-purchased PRISM Private Reserve Vidal ice-wine from Colio Winery of Harrow, Ont.—packaged in an outstanding triangular paperbox printed in stunning vibrant blue on metallic foil, with the metallic silver graphics on the box and the label clearly communicating the high-quality essence of this relatively affordable vino, which retails at $24.95 at 13 dedicated Colio outlets located inside large grocery stores across Ontario.

According to Colio, which developed the product primarily for the Asian export market, the company had to rethink its original red-color design—naturally paying homage to Canada—to royal blue in response to feedback received from its customers in Asia. Brilliantly executed by the London, Ont.-based Jones Packaging Design, the beautiful box really gets more beautiful every time I look at it, cheers!