Someone remembers The Alamo

Back after a 95-year hiatus, the Alamo Beer Company and its iconic beer brand return with a beer as smooth as its brewery floor.

The Alamo Beer Company roared to life with a celebratory cannon firing and keg tapping ceremony earlier this year, marking the moment that the iconic beer brand returned to Alamo City after a 95-year hiatus.

Fans of the hilarious animated show King Of The Hill, however, will recognize that while gone from the real world, it was not forgotten, as the show’s main characters frequently sampled a non-related version of Alamo Beer. 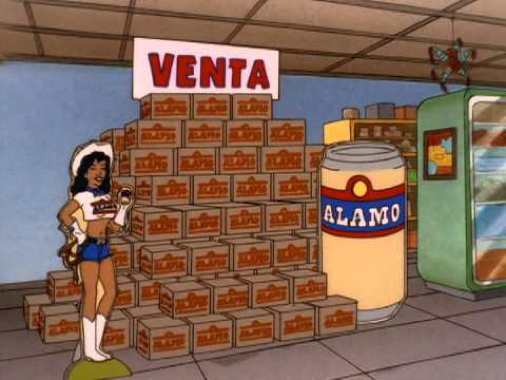 Hopefully the new Alamo Beer Company won’t need to resort to such sales methods – image from King Of The Hill.

Wishful thinking from the watercolor characters aside, the beers is back.

With the eventual capacity to brew 40,000 barrels during its first five to seven years, the company’s new US$8-million facility combines the best aspects of contemporary beer production with a rich heritage of Texan tradition.

This ethos is exemplified by its Vienna Lager label, which has been created in homage to the original Alamo Vienna Lager that disappeared during the Prohibition era.

Creating a brewery able to produce this quantity of beer requires the careful analysis of each aspect of the site to ensure that it will facilitate a hygienic and efficient working environment durable enough to survive the challenging on-site conditions.

The brewery installed 8,000 square feet of robust cementitious urethane flooring system Flowfresh HF across the site to provide a floor able to withstand the heavy equipment, heat, foot traffic and the inevitable spillages of beer, liquids and brewing by-products for the long term.

The Flowfresh HF flooring was created by Flowcrete Americas, a division of Flowcrete Group Ltd. of Cheshire, U.K., a global leader in the manufacture of seamless resin flooring systems and self-leveling screed treatments for the industrial flooring and commercial flooring sectors. 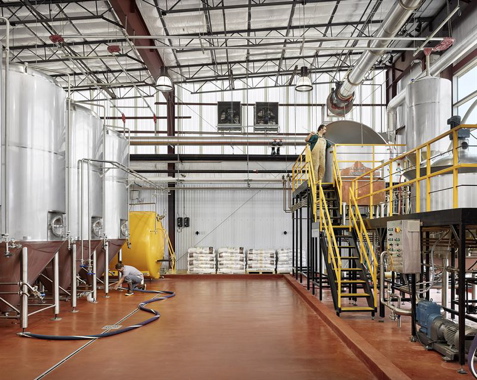 The Alamo Beer Company installed 8,000 sq ft of the cementitious urethane flooring system Flowfresh HF in its new brewery to create a floor area that would be able to withstand the difficult operation conditions on site.

Stainless steel drains were incorporated into the floor to allow contaminants to quickly wash out of the area. Effective drainage is a crucial component in industrial food and beverage environments to ensure that the site can be easily kept clean throughout the long shifts.

The internal workings of the new facility have been designed to emulate German breweries, with large onion domes on the kettles and flat-winged lids on the brewing vessel.

Other unique innovations in the facility include a gleaming, traditional style copper wort grant as well as pitch tanks and 12 single-wall lagering tanks.

Flowfresh has been designed to be a key production line component, as its seamless, impervious and easy to clean finish minimizes the risk of contamination build up at floor level.

In fact, Flowfresh’s ability to create an ultra-hygienic surface led to the range achieving HACCP (hazard analysis and critical control points) International certification—it helps reduce the threat of contamination incidents by providing the food and beverage industry with strict guidelines for building materials and equipment.

The Alamo Beer Company’s complex exudes a raw, industrial style and it was important that the entire site portrayed a consistent image, as the public will be able to take tours around the facility. However within the brewing area this look had to take into account the need for cleanliness and durability.

To balance the dual requirements of aesthetics and functionality, the FlowFresh floor was chosen in a rich, burnt umber red that reflected the stylized distressed metal effect used throughout the beer garden and beer hall.

Flowcrete Americas created Flowfresh out of an exclusive global partnership with the antibacterial agent manufacturer Polygiene. A silver-ion based additive is homogenously distributed throughout the Flowfresh material to complement regular floor cleaning and hygiene practices between the site’s scheduled wash cycles. Flowfresh meets the ISO 22196 standard, which measures the antibacterial effectiveness of plastics and other non-porous surfaces.

More information on Flowcrete can be found at www.flowcrete.com.

The Alamo Beer Company is producing a range of beers, including a label lost during the prohibition era, on top of a Flowfresh floor from Flowcrete Americas.