Founded in 2011 by Patrick O. Brown, Impossible Foods is a private-company funded in part by Khosla Ventures, Bill Gates, Google Ventures, Horizons Ventures, UBS, and Viking Global Investors, a heavy-hitting group, if we’ve ever heard of one.

The heme molecule is found quite readily in meat, making blood red (Mr. Spock and his green blood is obviously missing heme), and helps move oxygen to the muscles. It also gives meat that ‘meat flavor’.

According to Impossible Foods, heme is a building block of life and is also found in yeast and in plants like clover and the roots of soybeans.

The Impossible Burger is a plant-based burger, but one that has the same taste as a beef burger and with the same texture. 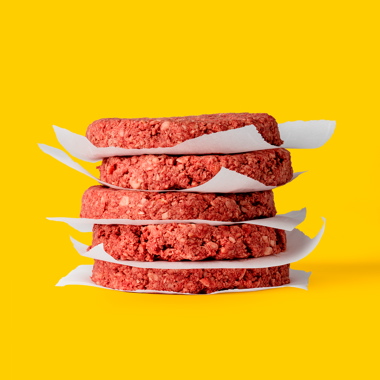 On July 27, 2016, the Impossible Burger made its debut at New York’s Momofuku Nishi restaurant—its first appearance as a commercial item on a restaurant menu.

Says Momofuku chef and founder David Chang: “I was genuinely blown away when I tasted the burger.

“The Impossible Foods team has discovered how to re-engineer what makes beef taste like beef. We’re always looking to support people who are making the best products in the best ways possible and to me, the Impossible Burger is one more example. First and  foremost, we think this makes a delicious burger,” stats Chang.

Producing the Impossible Burger requires approximately 1/4 of the water used to produce the same burger from a cow, 1/20 of the land, and produces only 1/8 of the greenhouse gas emissions, according to a lifecycle analysis conducted by Impossible Foods.