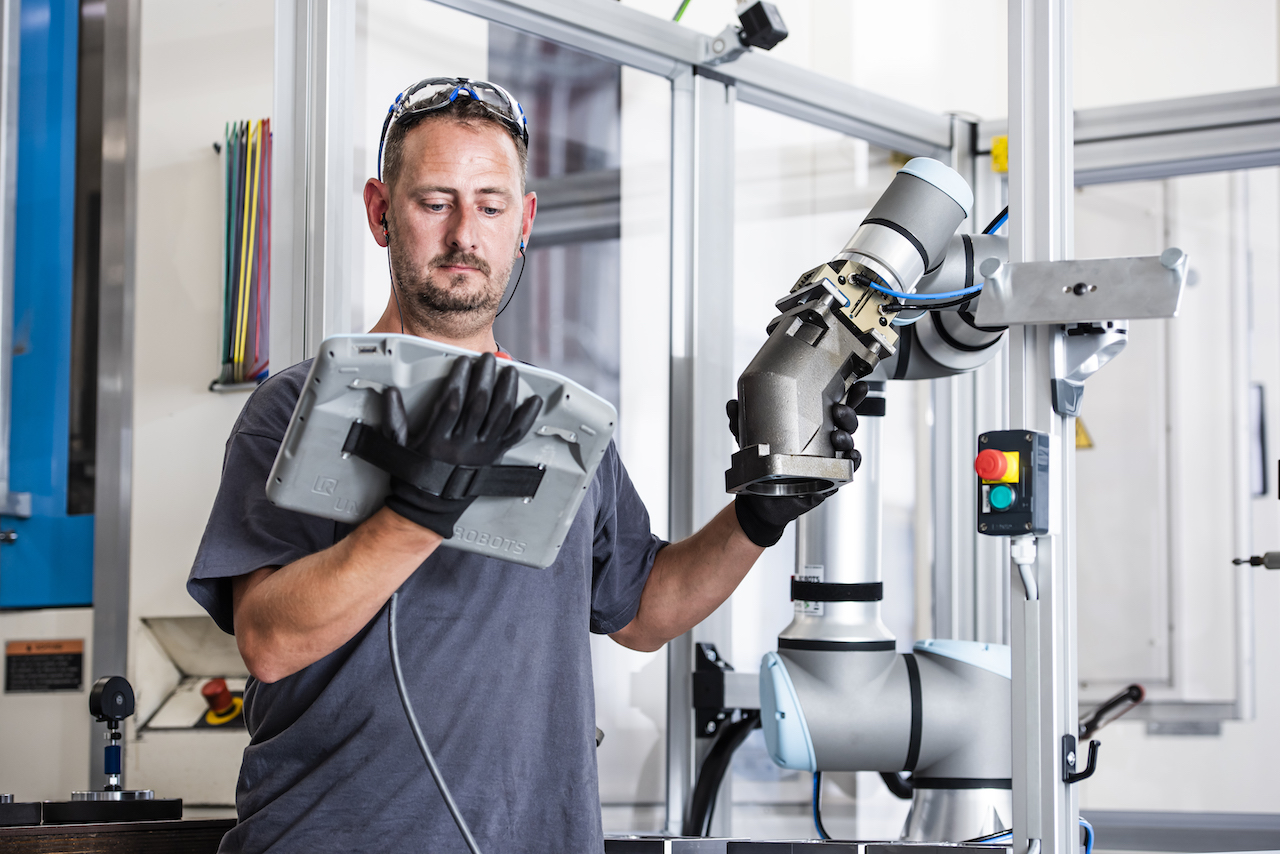 The company BWIndustrie has successfully installed a UR16e cobot in its machining center, automating the deburring of metal parts with payload ranging from 4 to 14 kg. As a result, BWIndustrie has improved its production with unrivaled quality and reduced musculoskeletal disorders among its workers who no longer have to manually handle the heavy payloads.

Before the arrival of the UR16e, the task of deburring the metal parts was completely carried out by BWIndustrie operators. However, deburring, which requires a lot of precision, is a tiring task and a source of musculoskeletal disorders related to the handling of hundreds of kilograms of parts per day.

Familiar with Universal Robots, (five robots installed since 2011), BWIndustrie has once again called on Universal Robots this time to optimize and automate its deburring activities, which consist of removing burrs from machined parts. The company produces series ranging from 300 to 300,000 parts per year and wanted to guarantee the repeatability of the process.

To solve these problems and optimize its deburring operations, BWIndustrie has installed a UR16e cobot on its production line where it handles the metal parts and takes care of the entire deburring operation. Its programming is carried out remotely by the operators via a TCP remote function.

While the great diversity in size, weight and shape of the parts could be problematic for human operators, it does not pose a problem for the cobot. The UR16er is programmed to deburr all the parts machined by BWIndustrie. The programming of the cobot proved to be extremely fast, since BWIndustrie has been using Universal Robots’ cobots for several years.

“Thanks to our experience with Universal Robots, we were able to complete this installation in record time,” explains Raphaël Schwartz, Head of Robotics and Maintenance at BWIndustrie.”The application was put into production in about two weeks!”

The cobot is placed in a semi-open cell with several fixed deburring tools (milling cutters, belt sander, grinding wheels…). A buffer zone is used to supply the cell with parts to be deburred.

UR16e picks it up and brings the part in front of the deburring tools. The operation takes less than a minute, then the part is repositioned in the space dedicated to the treated objects.

Combined with the natural flexibility of the cobot, the remote TCP functionality of the e-Series cobots allows the programming of the UR16e with an external tool, which was particularly appreciated by BWIndustrie’s technical operators, who had to reproduce the operator’s complex movements. They were able to program the cobot to process a wide range of products, including parts that vary widely in size, design and weight. The cobot guarantees a consistent quality of production without any variation. In addition, employees previously assigned to this difficult task can now take on activities that are more rewarding and less harmful to their health, such as machine control or quality control.

·       Deburring of parts with large diversity in size, weight and shape

·       Flexibility of the application