A new wind is blowing for exports: The Canadian Export Business Award is now the Alizés Awards! 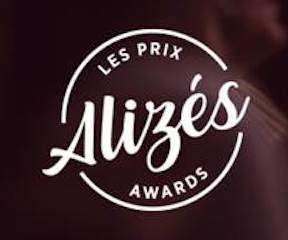 The Agri-Food Export Group is proud to announce the opening of the 2019 Alizés Awards application period. The Alizés Awards is the successor to the Canadian Export Business Award which has been awarded by the association for the past 12 years. The Alizés Awards celebrate the excellence of the work accomplished by a Canadian agri-food company that has distinguished itself in international markets and are presented by Farm Credit Canada, the event’s lead partner. The winners will be unveiled at the Alizés Evening on April 30th in conjunction with SIAL 2019 at the Beanfield Center in Toronto.

Known in English as trade winds, the Alizés refer to the winds which established the main maritime trade routes between continents over the centuries and linked Canada to foreign markets. “Through this repositioning, we wish to congratulate companies that stand out through innovative and bold export strategies that help to promote Canada’s agri-food industry internationally,” explains André A. Coutu, President and CEO of Export Group.

Each year, the event brings together some 450 companies that are amongst the biggest players in the industry, as well as several political and economic leaders from the Canadian agri-food sector.

“It’s an unforgettable evening that brings together all the players who contribute to the dynamic nature of our industry and to its success beyond our borders. We are particularly proud to present the first edition of the Alizés Awards and to support our export champions,” said Louis Turcotte, Senior Director Agribusiness and Agri-Food at Farm Credit Canada and jury chairperson.

On the occasion of this evening, two companies will be recognized by receiving the Alizé of the Year or the Jury’s Choice Alizé in the presence, in particular, of the 2019 Alizés Awards Ambassador, Martin Plante, General Manager for Citadelle and also recipient of the Canadian Export Business Award in 2011 and 2018:

–          The Alizé of the Year will reward a company whose marketing strategies, impressive growth or actions towards structured consolidation, have allowed it to stand out in international markets over the past year;

–          The Alizé Jury’s Choice will congratulate a company that has excelled in international markets with innovative and bold strategies.

The President and Chief Executive Officer of Export Group, André A. Coutu, and the 2019 Alizés Awards Ambassador, Martin Plante, would like to invite Canadian companies to visit lesprixalizesawards.ca to register and receive their application form for the Alizés Awards. Applications will close on March 26, 2019, at 5:00 p.m. EDT.