Pretty as a package

American artist creates his own form of cubism with neat packaging of NYC garbage.

One of the biggest problems we have as a society, is just what to do with products after they have outlived their usefulness.

A New York City artist named Justin Gignac has come up with his own solution—sell it as art.

He began selling his packaged garbage in 2001 after a co-worker challenged the importance of packaging design.

Believing it had more importance than it was given credit for, Gignac tried to find something that no one would ever in their right mind would purchase—package it appropriately—and sell it. He did. 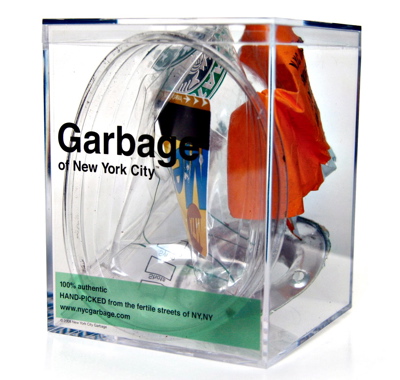 Original Garbage cubes can be purchased for US$50, with special limited editions going for more.

Original Garbage cubes are a fascinating microcosm into the world of consumerism and yes, packaging. Visit NYC Garbage for more information at www.nycgarbage.com.