SAVE FOOD Meeting 2015 deemed a success, with 173 participants from 12 nations expressing great interest in fighting against food losses and waste.

The response from international participants from industry, politics and science as well as the representatives of NGOs (non-governmental organizations) was also one of great satisfaction. The meeting was the first of its kind at the location of a brand manufacturer from the food industry, and set the pattern for regular events to be held in the years between interpack trade fair editions. 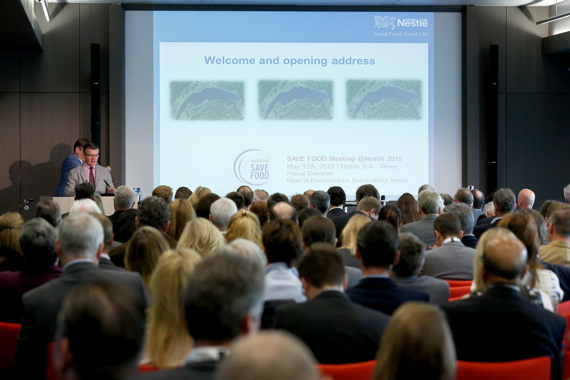 “The very lively interest shows that the SAVE FOOD initiative is succeeding in its aim to raise awareness among enterprises and institutions of the need to fight food loss and waste and to mobilize them for this cause. Organizing a meeting at the premises of a leading brand manufacturer like Nestlé proved to be a very successful move,” comments Messe Düsseldorf.president and chief executive officer Werner Matthias Dornscheidt.

Nestlé  head of environmental sustainability Pascal Gréverath states: “We are delighted to have hosted the 2015 SAVE FOOD Meeting. Over the last 10 years, Nestlé has more than halved, per tonne of product, the amount of waste for disposal generated in its factories, including food waste. We are now formally strengthening our commitment to further playing our part in helping to reduce food loss and waste. In our factories and distribution centers, our goal is zero waste for disposal by 2020. We are committed to proactive long term engagement and partnerships with stakeholders to define, implement and evaluate solutions to food loss and waste. 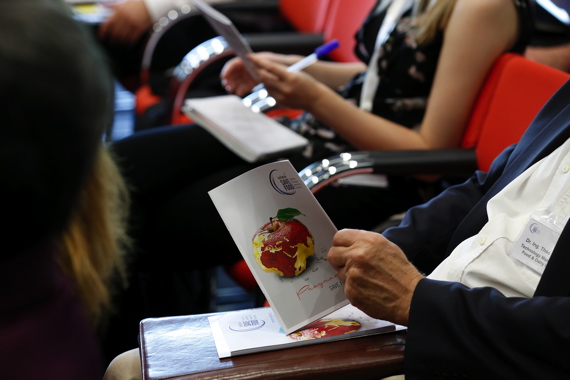 In her address at the beginning of the SAVE FOOD Meeting on May 12, keynote speaker Gerda Verburg, former government minister, who represents The Netherlands at the FAO and is a leading member of the Committee on World Food Security, also called for all actors to join together in a broad-based approach to tackling the problem. With its overarching motto of “Private Sector support for food loss and waste reduction projects” the event focused on industry engagement in the fight against food losses and waste.

The speakers presented successful public-private collaborations, including projects by the FAO and UNEP and the Italian packaging group IMA in the Sub-Saharan region.

The afternoon was devoted to best case examples from the food and packaging industry and the retail sector. Nestlé sustainability and novel packaging senior specialist Hélène Lanctuit described the group’s efforts to achieve zero food wastage, and Tetra Pak product director Hemant Krashak outlined the important role that food packages have to play in developing countries.

A member of the alliance that has formed to run this project is the French retail chain E.Leclerc, whose other efforts to reduce food waste in the individual stores were presented by Thomas Pocher, the independent owner of some outlets.

A panel discussion with all speakers rounded off the second session, and the event closed with a summary and outlook delivered by Richard Clemens, managing director of the food and packaging machinery organization of the VDMA Federation of German machine manufacturers.

Participants made extensive use of the breaks between the lectures and presentations to network and share their views and expertise. 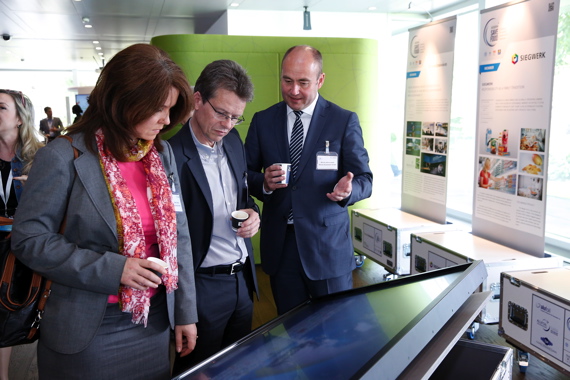 The SAVE FOOD exhibition in the foyer also attracted lively interest. It illustrates in detail the extent of food losses and waste around the globe, offers an overview of the various projects by SAVE FOOD members and provides information about the engagement of individual member companies or associations.

Later on this year, there will be another event featuring SAVE FOOD and industry engagement, namely the Food Processing & Packaging Exposyum (FPPE) in Kenya from November 3-5, 2015.

Twelve months from now, the second SAVE FOOD Meeting 2016 will take place at another major brand manufacturer. And in 2017, alongside interpack 2017 taking place from May 4-10, 2017, the third large SAVE FOOD Congress will be on the agenda.

In-between, there will be numerous events with the participation of the FAO throughout the year.

An overview of all events can be found at www.fao.org/save-food.