When a brewery in Newfoundland needed their production costs reduced, Atlas Copco intervened successfully in making that happen

Corner Brook, NL offers great winter and summer activities, such as snowmobiling, skiing, hiking and camping, just to name a few. A vacant building in a quaint part of town was just renovated into a unique and charming boutique hotel and gathering spot called The Hew & Draw Hotel. Under one roof, you can enjoy a boutique hotel housing a craft brewery with a glass wall peeking into the entire brewing process, Boomstick Brewing Co.

Mike Wayne, Brewmaster at Boomstick Brewing Co., had challenges that most everyone in craft brewing faces: the high cost of carbon dioxide, and the environmental responsibility of using high quantities of carbon dioxide. Carbon dioxide is an acidic gas used for a number of things in brewing beer, namely:
• Moving beer from one vessel to another during the brewing process;
• Carbonation of the final product before packaging;
• Purging Oxygen. 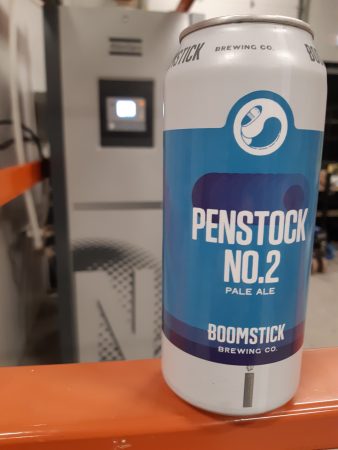 The team at Boomstick Brewing Co. envisioned a solution to that serious problem: using inert Nitrogen (N2) onsite with high purity thus increasing environmental responsibility as well as reducing carbon dioxide costs. They saw another brewery in Atlantic Canada using a Nitrogen Generator and began evaluating the benefits and challenges with Nitrogen. Carbon dioxide’s greenhouse effect places high sensitivity on its use and the idea of replacing this with Nitrogen excited the whole team. The concept caught on with the team in the form of our new product, the Atlas Copco NGP8+ Nitrogen Generator. Nitrogen generators are commonly used in the beer brewing industry, to displace oxygen in tanks during the brewing process.

The following day, as the morning started, the purity on the Generator was 99.9997% and free from any appreciable oxygen. Mike Wayne was excited to learn the biggest impurity from Atlas Copco’s NGP8+ was argon. His confidence soared and he commented: “I’m incredibly impressed by this set-up and I see more brewers jumping on-board with this. I’m excited to start aging trials and I’m thinking of using 5×9 (99.999% purity) N2 around the brewery from early on will keep my oxygen levels incredibly low.” 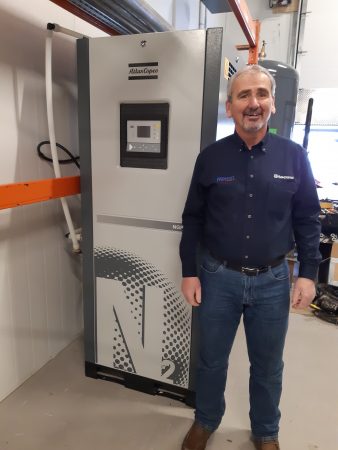 Today, thanks to Atlas Copco products and services, Boomstick Brewing Co. produces a product of proper quality, with reduced carbon dioxide use, as well as a fiscal responsibility. With Atlas Copco’s reliable N2 gas production, there is no need for laborious Carbon Dioxide cylinders, or expensive tank rentals, or even lengthy service contracts. The Boomstick Brewing Co.’s reduction of greenhouse gases contributing to better environmental responsibility lets the entire team sleep easier.