The more the merrier

They say all good things must come to an end, but there is no end in sight in the rapid growth of Ontario’s craft beer segments, with many new players jumping into the vibrant marketplace, while the more established brewers continue to reinvent themselves with exciting new products and inspired packaging innovation.

To see this first-hand, there is no better opportunity than to attend next month’s annual OCBC (Ontario Cart Brewers Conference (OCBC) & Suppliers Marketplace 2018 on Nov.7-8, 2018, at the Benfield Centre, located at the famed CNE (Canadian National Exhibition) fairgrounds in Toronto. 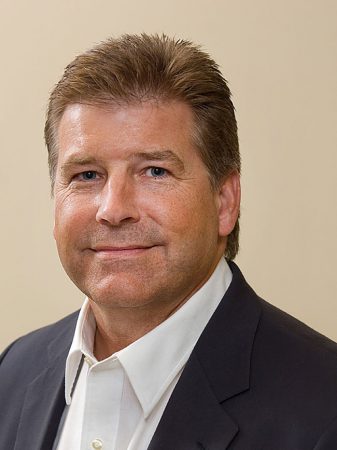 The Canadian Packaging magazine has recently caught up with Scott Simmons, president of the Ontario Craft Brewers (OCB) association, to get an industry insider’s scoop on the current state of the industry.

How healthy and vibrant is Ontario’s craft beer industry as we approach the annual OCB Supplier Marketplace trade show and conference?
Our craft industry is extremely healthy and is still the fastest-growing segment in the beer industry, recording 20-per cent growth in 2017 from the year before. New breweries continue open up at a rapid rate, with 274 operating breweries now located across the province.

More people are trying craft beer every day and we are seeing many new fans support the industry. There is an incredible variety of styles and flavors available to Canadian consumers now, which is a key component to healthy and organic growth within our industry niche.

We are privileged to have some of the most passionate beer-lovers and brewers in the world in this
province.

Describe its economic impact on the province and the communities where OCB member-companies operate.
Basically, the impact is fourfold: the brewers, their communities, tourism into these cities and towns, and the overall economic impact. Our craft breweries are located in over 110 communities across the province, and in total, there are 274 operating breweries and brewpubs it total, with another estimated 80 or more newcomers in various planning stages.

These brewers employ 2,250 people directly, and about 9,000 indirectly, while contributing over $1.4 billion to Ontario’s economy—including more than $150 million in annual tourism revenue—as craft brewing continues to develop in new and untapped markets.

What are some of the main highlights of this past year that may have had an impact on the craft industry in the province?
While there are highlights—growth of events, brands and brewery expansions, for instance—I would call out the steady growth and commitment from craft
brewers who see a long-term future in this industry.

A few decades ago, craft brewing was considered an innovative novelty to many, whereas today it’s a flourishing business model with unlimited potential.

The addition of grocery store sales has also had a positive impact, as craft share in that channel is the highest of any channel in the province.

New breweries are opening at an incredible rate. In 2003 there were only 12 craft brewers on Ontario, and as recently as five years ago there were approximately 70 or so—compared to 274 today! Volume and share are growing at a rate of 20 per cent year-over-year, and the industry now accounts for over 600,000 hectoliters in annual output, which is approximately eight per cent of the provincial market.

What are the current hot-button issues/challenges for your industry?
We have similar challenges to other developing industries—fluctuating price points on supplies and ingredients, competition from foreign-owned national breweries, lack of consumer access through some sales channels, and high taxation rates. Having said that, we continually work with key partners and government to solve these issues. It’s an ongoing process, but well worth the time and effort because dialogue is the best route to change.

What are some of the notable emerging trends taking place in the market for craft beer?
Consumers are always looking for alternate ways to enjoy and sample their soon-to-be favorite flavors.

Among some of the main serving and tasting trends that come to mind is the rising popularity of growlers. First used containers used in the late 1800s and offering capacity to hold four pints of beer, growlers gaining popularity amongst craft beer -overs and brewers alike. People often enjoy them when hosting friends or bring them along as a party gift.

In the true spirit of sampling, beer flights are also extremely popular right now in brew pubs and bars across the province, whereby a serving of four to six five-ounce glasses allow for sharing and tasting in a social environment.

Online ordering has also emerged as a popular and convenient way to access favorites from across the province, and there more than 40 home delivery platforms, according to the Ontario Beverage Network, used by individual provincial brewers to serve their local areas.

Even The Beer Store now operates BeerXpress in certain areas across the province.

As for taste trends, I asked a friend of Ontario Craft Brewers, Master Cicerone Mirella Amato, for her take on the subject. While hazy IPAs and fruited sours are currently quite popular, Mirella also sees a resurgence of traditional lager and, further down the road, a local historical mixed-fermentation style of beer.

As you can see, our industry is constantly adapting, experimenting and evolving.

Now that Ontario has allowed for some limited beer sales at mainstream grocery outlets, what has been the impact of this change on your industry and its member companies?
The grocery avenue has clearly played a significant role in lifting craft beer sales. Access and availability has always been the challenge, as opposed to selection, quality, and flavor, which have always been our strengths.

Currently 370 grocery stores are authorized to sell beer and, ultimately, beer will be available in up to 450 grocery stores. Overall, our industry’s market share is over 20 per cent in this channel, which is the highest of any channel in the province.

What would you like to see the government do next to expand this new sales channel, and what will it take to make it happen?
I think the most important thing is for everyone to keep lines of communication wide open, while exploring opportunities. We need to discuss mutually-beneficial options and effect changes that produce a viable business model for craft brewers and retailers. To date, this approach has been embraced by the both provincial government and the OCB.

Are there any concerns that the craft-beer business is getting too crowded for the amount of start-ups springing up lately?
Not at all. Like any industry, the market bears what it can bear. In general, competition breeds quality, so I don’t see a downside to a strong interest in newcomers and growth.

Keep in mind, these new breweries don’t just ‘spring up out of thin air’—it takes years of planning to bring a quality, all-natural and local craft beer to launch.

Please address the role of packaging as a key branding/differentiation tool for craft-brewers?
First and foremost, many Ontario craft brewers express themselves through their packaging. It’s been a journey for them and they want to share their unique stories with customers. Some involve their community or iconic local images, some just have fun with it, while others include artists, for example.

There’s a certain freedom to being a craft brewer and it’s great to see them taking advantage of this unique opportunity for expression.

Provide some of the more outstanding examples of craft brewers leveraging their packaging to grow sales.
While there are many distinctive approaches from our members, one that often comes up in conversation is Collective Arts Brewing, which has a strong connection to art, music and culture on their packaging, and proactively has a Call For Art. This is just one example, but there are too many to list here! I would venture to say that all of our members have creative, engaging and personal approaches to their packaging.

Any last words before the big event at the Benfield Centre next month?
We are very proud of the positive impact our collective industry has on our province. We are creating thousands of jobs, injecting millions into local economies, and many of our members have become the largest employer in their rural towns and villages.These breweries give back to their local community in so many ways.

I still believe there is tremendous upside to the industry across the province, and we wish to thank each and every customer who has supported us on this amazing journey of success to date.