Putting bread on the table

Bread riots have been a well-documented staple of social unrest and upheaval throughout history. Even today, there are countries around the world where a sudden shortage of one of life’s basic necessities can spark violent domestic turmoil with oftentimes-tragic consequences.
But this being Canada, it seems somewhat expected that last month’s allegations of price-fixing of packaged bread products by some of the country’s leading retailers have been largely received with a collective yawn by consumers and the financial markets, where share prices of Canada’s major grocers remained unchanged even after they had gone on record to says the were fully co-operating with Canada’s Competition Bureau.
That said, the Canadian grocery industry has some serious explaining to do in coming months in order to come truly clean with both the public and the Ottawa watchdog mandated with preventing the abuse of market power by its dominant players or, as seems to be alleged here, cartel-like behavior.
According to the bureau, the Ontario Supreme Court granted the agency the search warrant to raid the offices of leading breadmakers and retailers, “Based on evidence that certain individuals and companies have engaged in activities contrary to the Competition Act.”
This could include fixing prices, rigging bids to manipulate a tendering process, manipulating market allocation by artificially splitting up sales territories and markets, or engaging in output restrictions by agreeing to control or limit the quantity of goods supplied to the market.
While the affected companies have no doubt been strongly advised by their lawyers to remain silent while the investigation unfolds, that silence may ultimately work against them if substantial evidence of rogue market behavior is eventually uncovered.
Most average Canadian consumers will agree that the price of packaged bread sold at most supermarkets has gone up very noticeably in the last several years—certainly at a much faster rate than the growth in their disposable incomes. And while this is true for many food items, the symbolic emotional significance of bread affordability as a basic right, not a luxury indulgence, must not be overlooked.
There is no denying that bread producers have displayed plenty of innovation in recent years by launching many original artisanal-style breads infused with an ever-growing range of supposedly good-for-you ingredients, but such new product development should not be funded by consumers paying somewhere around $3 for a loaf of standard, pre-sliced white sandwich bread that used to cost half as much a few years ago.
Canadians already pay a lot for their groceries, whose rising prices continue to outpace the growth in their incomes and family budgets. According to Statistics Canada, food prices in September were 3.5 per cent higher than they were a year ago—way ahead of the annual inf lation rate.
Given the growing levels of consumer debt, this is not a good recipe for boosting consumer confidence—still the most critical fundamental for a thriving economy—moving forward. Which is why it is imperative for the bureau to get to the bottom of the whole mess in a hurry, if only to reassure consumers that they are not being taken for granted. Photo at top purchased via www.thinkstock.com. 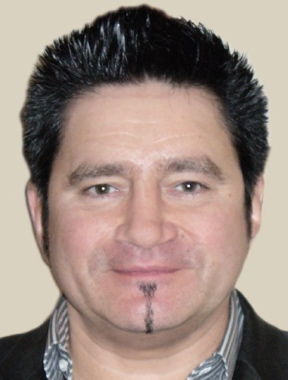