WWF and Unilever speak for the trees

Not quite of Lorax proportions, but the World Wildlife Fund and Unilever partner up in an effort to inspire consumers and help protect trees.

The World Wildlife Fund for Nature (WWF) and Unilever have announced a one-year, international partnership to engage consumers in the fight against deforestation—one of the key drivers of climate change—and help protect a million trees.

The partnership between the world’s leading conservation organization and the global consumer goods company will raise awareness of the importance of forests to life on earth as well as the threats forests face.

An area the size of England is lost to deforestation every year, while up to one-fifth of global greenhouse gas emissions come from deforestation and forest degradation.

With world leaders due to meet in Paris in December 2015 for United Nations climate talks, the campaign will engage consumers in the issues and give them practical ways to raise their voice and make a difference.

As part of the partnership, Unilever and WWF will help protect a million trees by supporting forest protection programmes in Brazil and Indonesia. These two countries have historically had the highest rates of deforestation in the world and have some of the largest areas of intact forest globally.

WWF International director general Marco Lambertini says, “This partnership with Unilever is an opportunity to engage millions of consumers for forests and for the climate, inspiring positive change in people’s everyday lives. WWF’s relationship with Unilever goes back to the 1990s when we worked together to establish the Marine Stewardship Council. Since then, Unilever has been leading corporate efforts and commitment to the planet. We hope others will be inspired to follow suit.”

Adds Unilever chief executive officer Paul Polman: “Stopping deforestation is an urgent priority in tackling climate change. Forests are second only to the oceans as the largest global store of carbon and support 80 percent of terrestrial biodiversity across the globe. As a business it is crucial that we operate sustainably and take action to help consumers live sustainably. It’s a moral imperative and a business one—to be here for the long term. We are delighted to be partnering with WWF to bring together a growing community of people that want to fight deforestation.”

Consumers are invited to pledge their support at https://brightfuture.unilever.com. No money is requested, just a sign-up to show you care. As of July 10, some 215.5 million pledges have already been made. 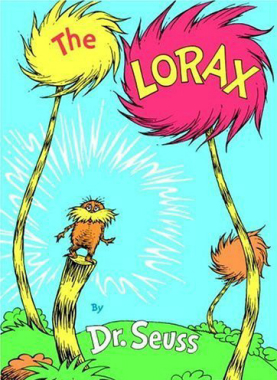 WWF is one of the world’s largest independent conservation organizations, with more than five million supporters and a global network active in more than 100d countries. Through its engagement with the public, businesses and government, the WWF focuses on safeguarding the natural world, creating solutions to the most serious environmental issues facing the planet, so that people and nature thrive. Find out more about its work, past and present at wwf.org.uk.

Unilever is one of the world’s leading suppliers of food, home and personal care products with sales in over 190 countries and reaching two billion consumers a day. It has 172,000 employees and generated sales of €48.4 billion (~CDN $68.8 billion) in 2014. Over half (57 percent) of the company’s footprint is in developing and emerging markets. Unilever has more than 400 brands found in homes around the world, including Persil, Dove, Knorr, Domestos, Hellmann’s, Lipton, Wall’s, PG Tips, Ben & Jerry’s, Marmite, Magnum and Lynx. For company information, visit www.unilever.ca.