This plant is the first transparent barrier film production site to be established by Toppan Printing outside of Japan.

The plant will predominantly produce GL FILM, a leading brand in the global transparent barrier film market that responds to various needs in sectors including food, drinks, medical care, pharmaceuticals, and industrial materials with the world’s highest level barrier performance. 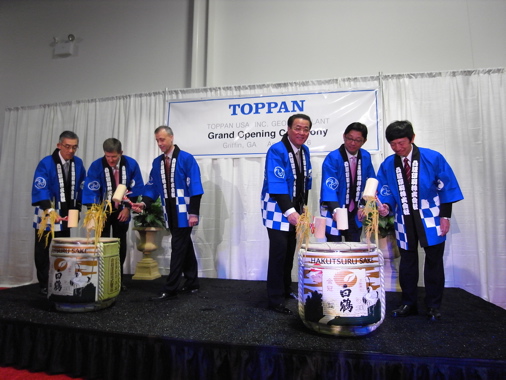 The opening of the Georgia Plant will significantly bolster the company’s capacity to supply transparent barrier films. Toppan will enhance its ability to provide such films to North America and Europe, as well as to markets for which future growth is anticipated, such as Central and South America. 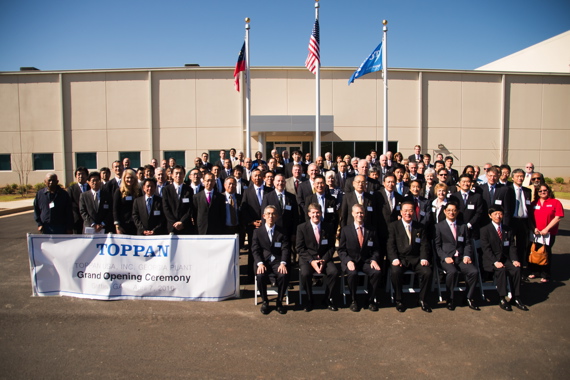 Background and future activities
Toppan Printing began sales of transparent barrier films, including GL FILM, in 1986. Today, the company enjoys a significant share of the global market for such films. Due to factors such as environmental considerations, the global packaging market is seeing initiatives to reduce food loss and replace glass and metal containers with flexible packaging, meaning that increased demand for transparent barrier films is anticipated. In particular, large structural shifts are taking place in the North American food packaging market, such as increasing needs for longer shelf lives and greater safety, which have arisen due to changes in lifestyles. In light of these trends, Toppan has constructed a manufacturing site in Georgia, U.S. from which it will provide high-quality transparent films to North America, Europe, and growth markets such as Central and South America. Toppan Printing is targeting total sales of approximately 100 billion yen in the fiscal year ending March 2019 for its transparent barrier film-related business.

About GL FILM
GL FILM is a transparent barrier film developed independently by Toppan Printing. It enjoys an excellent reputation not only in Japan but also in overseas markets such as Europe, North America, and Southeast Asia thanks to a wealth of variations suited to different purposes and the world’s highest level barrier performance, achieved using original vapor deposition technology. As a top brand in the transparent barrier film market, GL FILM is currently used for approximately 15,000 products in around 45 countries and regions.