Sysco buys US Foods for $3.5 billion

Cash and stock buys $3.5 billion of food for Sysco Corp. 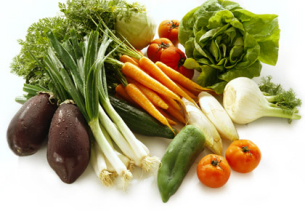 On December 9, 2013, Sysco Corp. of Houston, agreed to purchase the Rosemont, Ill-based US Foods in a cash and stick deal valued at about $3.5 billion.

The deal includes Sysco assuming US Foods $4.7 billion debt, but that’s no deal breaker, as the new Sysco says it should save around $600 million once it eliminates redundancies over the next few years, but is actually more excited because as a larger giant, it is expected to boost Sysco’s annual revenue to $65-billion, a jump of 46 per cent.

The US Foods deal is expected to close by the third quarter of 2014, pending regulatory and other approvals.

The the next largest publicly listed food distributor United Natural Foods Inc., an independent national distributor of natural and organic foods, specialty foods, and related products in the United States, distributing from eighteen centers throughout the U.S. and Canada.