Quick rise into the big leagues

RISE Kombucha announced last month the expansion of its business into the U.S. with the opening of two new locations in Vermont and New York City. 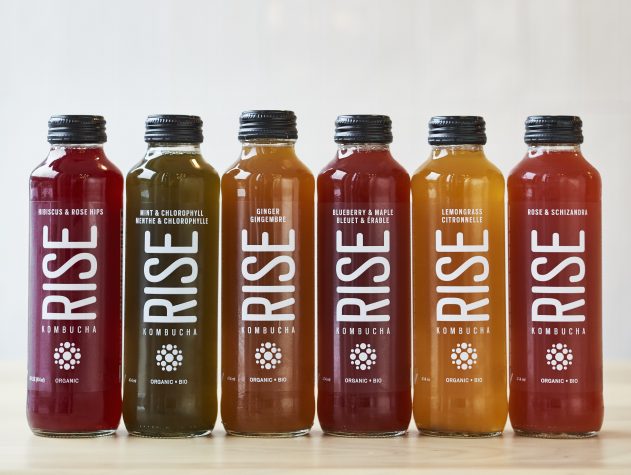 While humans have consumed fermented tea for thousands of years, its arrival to North America is a fairly recent development, albeit greatly aided by the likes of Montreal-based RISE Kombucha.

Founded in 2009 by company president Julian Giacomelli, RISE Kombucha has made the most of the public’s growing demand for healthier beverage alternatives by stressing its proclaimed health benefits—including gut health, stress relief and energy enhancement—and developing sleek contemporary packaging to make the product stand out on the shelves.

Leveraging the input of over 100 employees including expert brewmasters and scientists, the company has quickly established itself as the market leader in the fledgling kombucha product category, with its current product line-up comprising innovative flavor varieties such as Ginger, Lemongrass, Hibiscus & Rose Hips, Rose & Schizandra, and Blueberry & Maple.

According to Giacomelli, the brand’s  success in Canada, as well their a new state-of-the-art production facility that can handle the volume and capacity to make RISE Kombucha for Canada  has been such a resounding success that the company last month announced the expansion of its business into the U.S. with the opening of two new distribution locations in Vermont and New York City.

“More than ever, we’re noticing that consumers are swapping sugary drinks for natural beverages that not only taste good but are good for them,” says Giacomelli.

“At RISE Kombucha, we have crafted an optimized kombucha that is authentic, raw, unpasteurized and oddly delicious,” says Giacomelli, noting that the recent opening of the company’s new production plant in Montreal has enabled it to increase production to levels making the U.S. market entry feasible.