MEDINA, NY—Pride Pak opened the doors of its U.S. headquarters in Medina, New York, on November 30, 2016  in front of a crowd of over 300 guests, including state and local officials.

The new 68,000-square-foot state-of-the-art facility, dedicated to processing organic salad blends for Wegmans Food Markets, rests on 13 acres in the Medina Business Park and will bring 200 jobs to Western New York and the Finger Lakes. 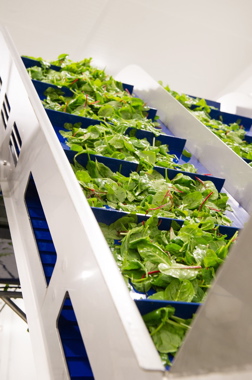 Pride Pak will make a total investment of $50 million in Medina over the next two years and plans to add two more phases that will house conventional fruit and vegetable processing. The total size of the complex will exceed 220,000 square feet.

Pride Pak’s aggressive timeline required the processing facility be constructed in 10 months. A team of state and regional consultants, public and private entities and the Department of Environmental Conservation (DEC) collaborated with the Orleans County Economic Development Agency (OEDA) to fast-track the project.

Pride Pak chief executive officer Steven Karr says, “We are very much looking forward to this next chapter in the U.S. with our partners at Wegmans. The cooperation we have received from the state has been tremendous and I cannot emphasize enough the value of doing business in Orleans County and the Finger Lakes, where they are very welcoming to new business.” 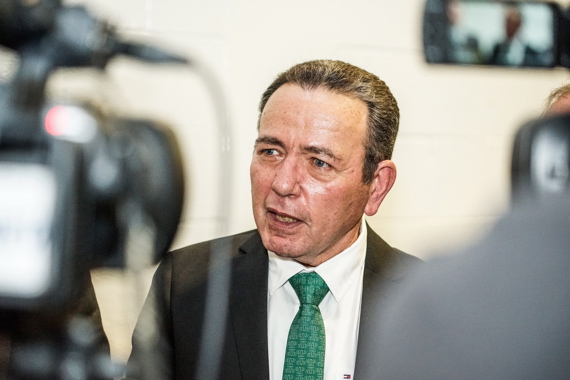 As an industry leader in organic and conventional value-added produce processing, Pride Pak Canada currently exports 35 percent of its product to the U.S. All of Pride Pak’s produce is packed fresh, not frozen. They provide fresh-cut fruits and vegetables and specialty salad blends to food service operations and retail establishments across Canada and the U.S., including Wegmans Food Markets.

“Pride Pak’s long-standing relationship with Wegmans was the stimulus for this expansion,” says Pride Pak vice-president of sales and marketing Robert Chapman. “Consumers who already enjoy the organic salad blends and fresh-cut produce we supply to Wegmans can buy with even more confidence knowing Pride Pak is supporting farmers across New York State and the U.S. and providing local jobs.” 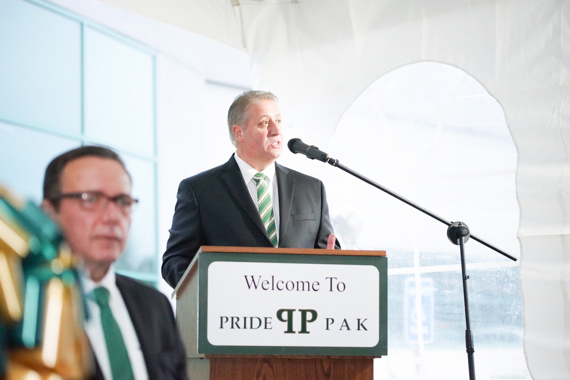 Wegmans Food Markets CEO Danny Wegman adds: “The new Pride Pak facility will help create opportunities for farmers, and will create food production jobs in our region, thus helping to shape the food industry here and helping to ensure its vitality for years to come. Wegmans is completely committed to supporting agriculture and food production partnerships like this one that grows jobs.”

When fully operational, Pride Pak expects about 45 truckloads of produce each month. The organic vegetable by-product, about 220 tons monthly, will be delivered to local livestock farms in Orleans County and used as animal feed and fertilizer.

Empire State Development president, chief executive officer and commissioner Howard Zemsky states, “Pride Pak is a highly successful international company and their decision to grow operations in New York State is a tribute to the concrete economic opportunities available here for companies looking to take their business to the next level.”

The New York Power Authority also provided an allocation of low-cost hydropower to Pride Pak in return for job and capital investment commitments. The Town of Shelby also received a $750,000 award from the New York State Office of Community Renewal to assist Pride Pak. 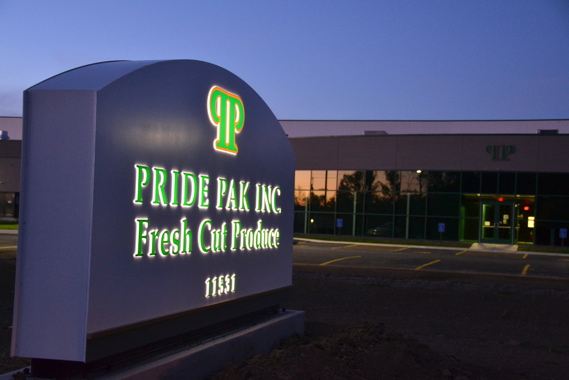 State Senator Rob Ortt says, “The new Pride Pak facility is an impressive addition to Orleans County and the entire region. Pride Pak has been making a positive impact on communities, employees and consumers in Canada for over 20 years and we are happy they chose to make Medina and Orleans County their home in the U.S.”