Toronto, ON (Sept 16, 2020) – Innis & Gunn, the number one imported craft beer in Canada, is paying it forward to their loyal consumers after being named the Most Recommended Beer in the UK (*YouGov Brand Index 2020). As one good turn deserves another, Innis & Gunn is launching the “Recommend our Recommenders” campaign. Know a great dancer? Front-line worker? Or grateful for a helpful neighbour? The brand is inviting Canadians to nominate themselves and/or deserving friends at www.innisandgunn.com/ca/recommend.

This eight-week, multi-phase program will focus on the Greater Toronto and Greater Vancouver areas. Ten ‘recommenders’ will star in a 2020 campaign shoot which will be later displayed across the two main markets. The campaign will highlight fans and celebrate their unique qualities. Nominations will be accepted on the website until Friday, September 25, 2020. With this campaign, Innis & Gunn is also planning to surprise select fans, beer enthusiasts and media with four-packs of their Lager beer in what they call ‘Random Acts of Pintness’.

Nicky Thomas, brand manager for Innis & Gunn, said, “Even during these unprecedented times, it’s important to maintain and amplify positivity amongst our community. We’re excited to offer the public a chance to reward and celebrate anyone they feel deserves a thank-you for their support and work this year.”

Innis & Gunn will facilitate outdoor photo booth activations in each city, where customers will be invited to participate and spread the word online. The open space activations and diligent sanitation process allows for strict adherence to government-regulated health and safety protocols.

“Engaging in real life with customers is part of the brand DNA, and this grassroots campaign has all of those touchpoints that bring our brand to life,” says Thomas. “Innis & Gunn has a history of connecting with our brand enthusiasts, and we are excited to highlight them as a thank-you for their continued support.”

The return to experiential marketing follows the brand’s successful 2019 sampling program in which it distributed more than 15,000 custom Innis & Gunn 355ml Lager cans with messaging honouring some of Toronto’s most iconic neighbourhoods: The Junction, Leslieville, Queen West, and Yonge & Eglinton. Featuring shout-outs to points of interest and local Innis & Gunn licensees, the custom cans were printed in Toronto and distributed at street level by Innis & Gunn brand ambassadors. Upon the successful campaign’s completion, thousands of Canadians had discovered or re-discovered the Scottish brand as it brought together great neighbourhoods with great beer. Stay tuned for updates on the Innis & Gunn social channels: @innisandgunn_ (Instagram) and @innisandgunn (Facebook).

In 2018, Innis & Gunn achieved its 15th consecutive year of double-digit volume growth, selling 21M pints of beer in over 30 countries with a portfolio that includes its flagship beer The Original, Innis & Gunn Lager, along with a successful limited-edition range of barrel-aged beers.

The Innis & Gunn Brewery in Perth is the brand’s home for innovation and barrel-ageing, with plans to build the first large-scale brewery in Edinburgh in over 150 years to meet exploding domestic and international demand for its leading SKU Innis & Gunn The Original, as well as for Innis & Gunn Lager.

Winning over 50 awards in the past decade, Innis & Gunn beers are renowned for quality both domestically and internationally. Recent wins include Scottish Brewery of the Year, Gold and Silver product medals in the 2019 New York International Beer Competition, and Gold in the 2017 Monde and Scottish Beer Awards. 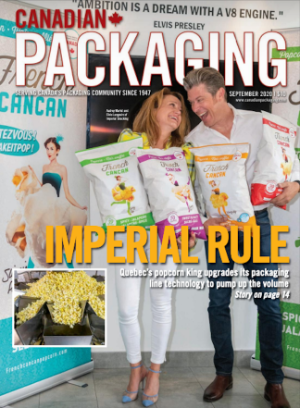 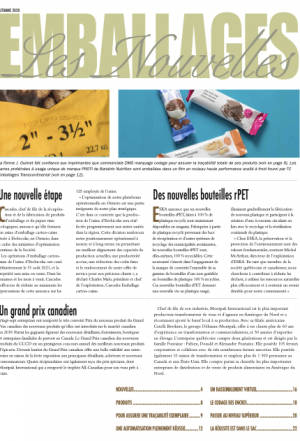