Friend of Canadian Packaging provides a look at his 50-year involvement in the packaging industry in his own words.

50 Years in the Flexible Packaging Industry
After leaving Noranda, Que. in 1966 when I was 16-years-old, I headed to Toronto, making the move primarily to improve my English and to eventually pursue a career in the military.

I had served three years as a reservist in the military engineer branch of the Canadian Armed Forces in Noranda, and joined up to do the same in Toronto.

My first job was at the King Edward Hotel in Toronto as an elevator operator, also delivering laundry to hotel guests. A few months later, I was offered a job as an expeditor at Samuel Lowe Inc., a company dealing with children’s books and games, staying there for nine years.

This organization was one of the first to wrap books and games in a thermo-flexible plastic. The method of wrapping and the reaction of the plastic film to heat intrigued me. Since I had become the buyer and supervisor of this department, I wanted to know more about other plastic products products and to perhaps do some experimentation with it and our products, and headed to the library to read a few books on the origins of plastic.

I then asked my supplier if there was the possibility of an opening with his company, and after a brief hesitation, he organized an interview with me with the sales manager in Montreal. It was 1966, and I was married with two children, but a job is a job, and I packed everyone up and we moved to Montreal.

I remember being very nervous, because sales was intimidating to me.

My supervisor was very supportive, however, and indicated that because the company was experimental, its goal was to open up a market for this new method of wrapping products—as such, he said I didn’t have to worry about my sales not being up to par.

While this reassured me, I had severe doubts about my old 1956 Volkswagen Beetle, the car I was using to travel everywhere in Quebec—and winter’s in Quebec aren’t always that mild.

I was the only representative in Quebec, and my territory extended into Ontario, more specifically into the Ottawa and Brockville regions.

Our company and its plastic wrapping capabilities was quite formidable, a success enough for Goodyear to buy us to get involved in the industrial sector—a company that was already selling plastic film for the wrapping of fruits and vegetables.

While my job was not in jeopardy, I decided to accept a job offer from Inter City Paper (formerly Abitibi Power and Paper Co.), specifically to create a new division for plastic wrap products. 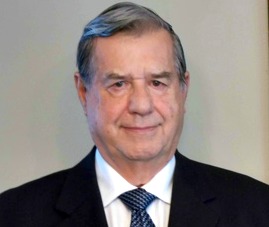 After a few years, and after feeling that my lack of a formal education hampered advancement within the company, I decided to accept a position as vice-president for Economic Handling System, a Toronto-based company opening a branch in Ville Saint-Laurent, Que.

I became an actuary for them, and after a few years I acquired the Quebec branch. After taking on an associate, sales surpassed $3 million.

After issues arose between myself and my associate, I decided to lave—with the blessing of my wife, Macheli—and began the arduous process building a new company up from scratch.

While sales were not encouraging at first, after my perseverance, the numbers slowly climbed upwards into the black.

In 1997, we expanded, buying out a competitor from Laval, Que. called Emballage Expert (Packaging Expert), renaming the company Emballage Valteck-Expert with my brother Jean-Leon taking on the role of administration with aid from my wife.

In 2002, we sold our Mexican business and returned to Canada, where my services are—thankfully—very much still in demand as a consultant.

For anyone looking to utilize Val’s unique and varied experience in the packaging industry, contact him via e-mail at valchouinard@yahoo.com.