Heinz to work with Highbury Canco 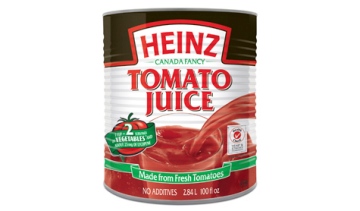 LEAMINGTON, Ont. – A southwestern Ontario community expressed hope and relief Thursday as food giant Heinz announced a preliminary deal which would prevent the closure of a processing plant that has been a key part of the town’s economy.

After stating last November that it would be closing its 105-year-old factory in Leamington, Ont., Heinz said it was now in talks with Highbury Canco Corp.—a newly created company—to allow it to acquire its facility and act as a co-packer.

The two companies said they have signed a letter of intent, with neither side placing a dollar value on the tentative deal.

“The signing of this letter of intent is great news for Heinz and for Leamington,” said Heinz senior vice-president Michael Mullen, adding that the deal was subject to the successful completion of the full transaction.

Heinz’s planned closure of the plant — slated for late June — would have put close to 800 full-time employees out of work while also impacting about 500 seasonal workers.

Highbury Canco said it would employ about 250 people, plus additional seasonal workers if the deal goes through.

The company — made up of yet unnamed investors who came together to form a corporation for the deal — also said it had a growth plan which included “subsequent investment” in the Leamington plant that would lead to more jobs in the future.

“We believe that our investment in Leamington will become the cornerstone to providing Ontario’s agricultural products around the world,” said Highbury Canco spokesman Pradeep Sood. “We want to get the Canadian product beyond Canadian shores, we’re looking at international markets.”

If a deal is finalized, Highbury Canco would assume responsibility for Heinz’s entire Leamington site and transition to making, co-packing and distributing certain products by early July.

The plant would continue to make certain Heinz products and provide some distribution and logistics services to Heinz in Canada — elements of the agreement which are significant for Highbury Canco.

“As a company when you start something normally you don’t have a customer, but we were starting with a customer,” said Sood. “We really thought it was a great opportunity.”

Going forward, Sood said the plant plans to manufacture different products under its own brand name.

“We’ll be expanding the facility once we have consolidated what we are hoping will come to us.”

He added the Leamington plant has an excellent workforce and called Ontario farmers among the best in the world.

Leamington’s mayor said the town was extremely pleased at the deal, but noted that it hadn’t been finalized yet.

“This is just a letter of intent,” said Mayor John Paterson. “But you know what, it’s a big sunshine ray of hope for our future.”

Paterson added that he had “no visions of grandeur” that the new company would hire all of Heinz’s existing plant workers immediately, but said he would be watching to see if Highbury Canco would expand as it planned to.

The union representing workers at the plant said it was pleased at news of the tentative deal.

“We welcome the prospect of good jobs being maintained at the plant, which has served as the keystone of Leamington’s economy for generations,” said Robert Crawford, president of UFCW Canada Local 459.

Meanwhile, Eric Hoskins, Ontario’s minister of economic development, trade and employment, called the announcement “a testament to the world-class agri-food industry in Leamington and the workers, families, businesses and leadership that support it.”