Get ready for SIAL Canada 2016

The SIAL International Food Show is ready for its 13th edition, with lots of new elements. 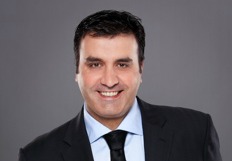 MONTREAL—SIAL Canada (the SIAL international food show in North America) is back in Montreal from April 13-15, 2016—its 13th edition—at the Palais des Congrès  de Montreal, which promises to offer visitors a number of exciting new features.

The 2015 SIAL event, held in Toronto last April, was a resounding success and boasted a record number of exhibitors and growth of more than 5 percent in terms of industry professionals in attendance. In fact, nearly 14,000 visitors from all of Canada’s provinces and from 60 countries rushed through the aisles of the 2015 edition.

With its return to Montreal, SIAL Canada is proud to position itself as the only show in Canada that has adapted itself to changing consumer trends. With more than 850 exhibitors expected and ready to meet  professionals in attendance, this will definitely be the must-attend meeting for the retail, food-service, and food-processing industries!

United States Honors
SIAL Canada is pleased to announce that the United States will be its country of honor in 2016. As Canada’s number-one supplier and customer, and thanks to its agri-food trade worth more than $45 trillion annually, the U.S. remains a major partner for Canada. Honoring the U.S. with the help of the USDA through their Taste US program also serves to open the North American market to the industry as a whole, especially local and international exhibitors. In addition, the U.S. representatives will unveil their new projects, which are sure to impress all industry professionals.

Finally, following the success of the American Buyers Program in Toronto, and for the first time in Montreal, SIAL Canada 2016 will offer American buyers and importers a unique meeting platform. This is thanks to the new program organized as part of the show from April 13-15, 2016, in partnership with the AFI and NGA, two major associations representing American importers and retailers.

1. Innovation
SIAL Innovation: the only international contest with a presence in the four corners of the world. Made up of food-industry experts, and held in partnership with XTC World Innovation, the jury rewards 10 finalists and hands out one Grand Prize. The Grand Prize winner will have the unique opportunity of traveling the world through all of the SIAL shows, which include: Canada (Montreal/Toronto), China, the Philippines (SIAL ASEAN), Paris, Jakarta (SIAL InterFOOD) and Abu Dhabi. In 2016, for the first time, Two Prizes specifically dedicated to packaging, and equipment and technology will be handed out.
The finalists’ submissions – including that of the Grand Prize winner – will be exhibited at the SIAL Innovation space at the heart of the show. The finalists, selected products, experts and some members of the jury will be at the SIAL Innovation booth to discuss their innovative products. This will cater to the 3 out of 4 visitors looking for for new trends and products.

2. The Importance of the Local Market
With more than 400 Canadian businesses represented and a strong presence of provincial brands yet again this year, including Aliments du Québec and Export Group, as well as a number of Canadian associations that support its brand’s efforts, SIAL Canada has become the flag-bearer for all that Canada has to offer. For the first time at SIAL, a Western Canadian pavilion will bring products from Manitoba, Saskatchewan and Alberta to the fore. All the country’s know-how will be on display, much to the joy of the ever-growing number of national buyers.

3. SIAL Canada Meets the Needs of Food Service
For the very first time SIAL Canada is proud to welcome the ARQ Contacts Show to the Palais des Congrès de Montreal on April 13, 2016. This decision reflects a shared dedication to constantly improving our ability to meet the industry’s needs by bringing the sector’s professionals together in a single place. The Palais des Congrès de Montreal will host product and equipment suppliers, and food-service retailers and professionals during the show.

4. La Cuisine by SIAL:
During the three-day show, La Cuisine will be a special playground for artisans, as well as a hotbed of activities for visitors to its high-tech, playful, and user-friendly space. From morning “speed-dating” with finalists, to taste workshops by Jérôme Ferrer, the days will draw to a close with La Tablée des Chefs and its team of professional. All of these activities meet the needs of today’s artisans: greater efficiency in the kitchen, uncovering of new culinary experiences, and finding qualified workers to provide support.
The Lab of culinary chemistry is, par excellence, a place for inspiration that invites artisans to experience and use their senses and, in doing so, gauge their skills. From carrot gouache, to earth water, to melon that seems like red meat, it’s these types of experiences that “chemist” Yan Garzon will share with visitors. Pushing the boundaries of the imagination and expanding the horizons of possibility – these are the promises of The Lab this year.

To this end, renewing our partnerships with Moisson Montréal, and more recently with La Tablée des Chefs, were obvious choices.

Please note that beyond its food-collection program, for each entrance ticket purchased, SIAL Canada will provide $5 to these two organizations.

5. The Ethnic Market
Reflecting the changes within the Canadian population and with consumers’ growing demand for ethnic and specialty products, SIAL Canada offers you a whole world of products to discover! As part of the Experts Hub, B.K. Sethi, a consultant with more than 35 years of experience in the ethnic market, will be on-site before, during and after the show to help you uncover new opportunities!

Visitors at the show, will be the first to prepare themselves to meet the needs of this growing market. In fact, in Canada by 2050, 50 percent of the population will be of foreign origin.

6. New, Reinvented SIAL Branding
The new motto perfectly embodies the SIAL network, which has built a reputation over a 50-year period as THE source of inspiration for the global food industry. SIAL has always uncovered and showcased food innovations that represented true turning points in food-consumption patterns. The visuals used to promote SIAL’s 2016 events depict a number of symbolic local fruits, and are accompanied by a shared international imperative: LOOK DEEPER. These two words underline the brand’s tight focus on the major challenges facing the word of food.

The seven countries in which SIAL events are held are each represented by a fruit, and the apple was chosen for the Canadian show. The fruit was chosen to be a symbol of the country as it is mostly grown in Canada and is very popular among Canadians.

About SIAL Canada
SIAL Canada, which includes the SET equipment and technology section, is an integral part of the SIAL network, the leading global network of shows dedicated to the food industry, with eight shows (SIAL Paris, SIAL Canada Montreal, SIAL Canada Toronto, SIAL China, ExpoVinis Brasil, SIAL Middle East, SIAL InterFOOD Jakarta, and SIAL ASEAN Manila) that bring together 14,000 exhibitors and 330,000 visitors from 200 countries. Established in 2001, SIAL Canada is the fruit of three agencies’ labor, all of whom are shareholders in the event: the ADAQ (Association des détaillants en alimentation du Quebec), the Agri-Food Export Group Quebec-Canada, and Comexposium.