A glimpse at the historical family homes of the rich and famous of the food and beverage industry - and they're for sale!

Okay… this isn’t really about packaging, but it is about the mansions currently up for sale owned by the families who started mega food and beverage empires—products which, of course, used packaging.

Despite the slim packaging link, Canadian Packaging is sure you’ll enjoy these food mansions currently up for sale found at: https://www.toptenrealestatedeals.com/homes/weekly-ten-best-home-deals/2016/11-14-2016/

Five of these most popular brands accrued unimaginable wealth for people who founded these companies and their heirs. Today, their sumptuous mansions are for sale. 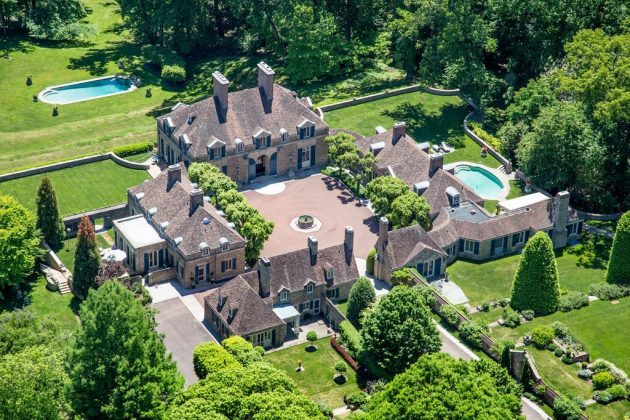 John T. Dorrance, born in 1873, was a chemist who worked for his father in the family’s preserve factory. It was there where he invented the formula for condensing soup.  By 1914, he had started the Campbell Soup Company and ran it until his death in 1930, at which time it was passed down to his son. His grandson, Bennett Dorrance, is Campbell’s second-largest shareholder today.  At the time of John’s death, he owned two family mansions – one in New Jersey and one in Pennsylvania. Though domicile was claimed in Pennsylvania, the two states battled over the estate taxes, which ended up being paid to both states.  It is his Pennsylvania mansion, Linden Hill, that is now for sale – see above. 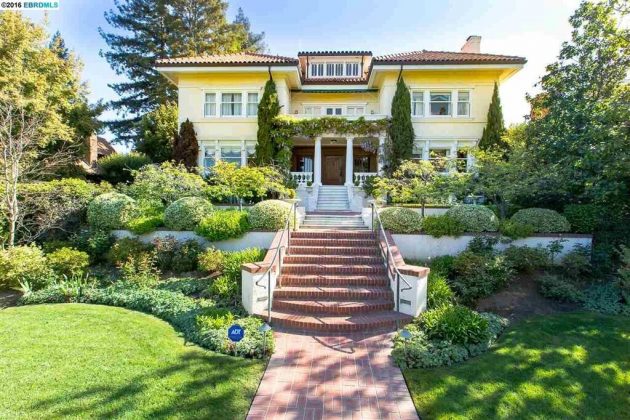 Either chocolate isn’t as financially rewarding as soup, or the owners were more frugal. But it’s what inside that holds an additional surprise.

Listed at US$5.3 million in May 2016, and recently closed at $4.65 million after the price was dropped to $4.98 million, it’s not surprising that this beautiful early 1900’s Mission Revival-style mansion with old-world craftsmanship, spacious rooms and beautifully landscaped setting almost flew off the market. Much like the family’s Ghirardelli Chocolate products.

The home has an unusual twist in that it was built by the Milwain Brothers in the early 1900s in the Mission Revival style which was popular at the time, but soon fell out of favor. According to historian Gail Lombardi, Ghirardelli heir Ellen (Ghirardelli) Cushing took out a building permit for the house in 1911 to restyle the facade into the more popular Colonial Revival style which took a year to complete.

The 6,479-square-foot mansion has seven bedrooms and six baths, a third-floor apartment and a guest house above the two-car garage in Piedmont, California – a wealthy area of Oakland. Notable are original hardwood floors, coffered and arched ceilings with built-ins and woodwork displaying artful craftsmanship. Rooms are spacious and large windows throughout allow for sunshine-filled rooms and garden views from each.  Palatial in all respects, throughout its interior, formal gardens, outdoor kitchen, terraces, while rose gardens carpet the grounds. The final sale price was $4.65 million.  Debbi DiMaggio of DiMaggio & Betta Highland Partners was the listing agent. 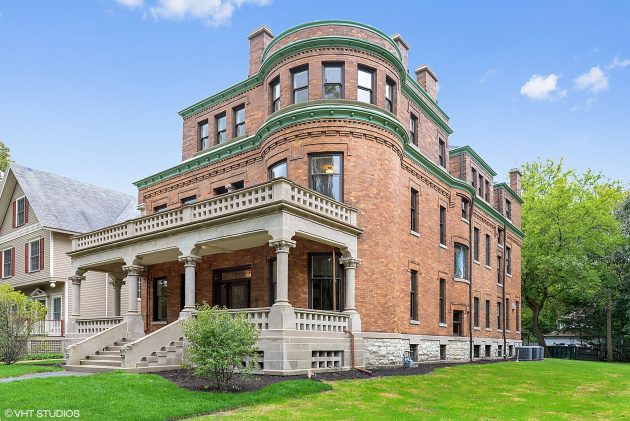 Sadly, despite what you want it to be, this building is NOT in the shape of an Oscar Mayer wiener.

The family home of Oscar Ferdinand Mayer’s son Oscar G. Mayer, Sr. has recently undergone a stunning restoration and is now for sale. Mayer took over the Oscar Mayer sausage company in 1928 from his father, and was primarily responsible for the company’s rapid growth from 200 to over 8,000 employees. He purchased the brick mansion in 1927 and lived there until his death in 1965. 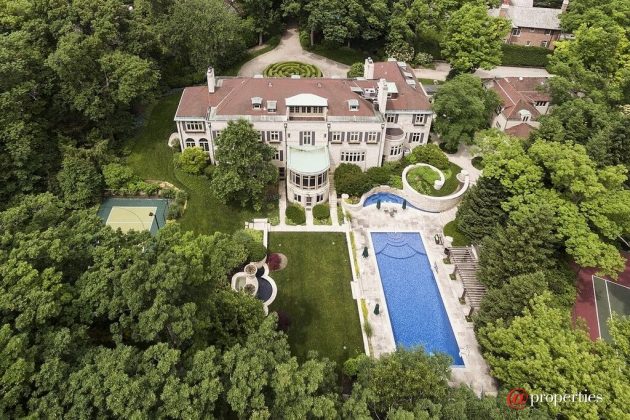 That is one blue-ribbon pool!

After the end of Prohibition, 1936 was a good year for the Pabst Brewing Company and its president, Harris Perlstein, hired architect William Pereira to design his family mansion on two acres in the peaceful lakefront Glencoe bedroom community – 20 miles north of Chicago. Though the Pabst Company headquarters have bounced around from its origin in Milwaukee in 1844 to Chicago, back to Milwaukee and now in Los Angeles, it has had a tumultuous history, surviving Prohibition by switching to cheese sales and a hostile takeover and undergone dramatic transformations to become the country’s fastest growing beer brand in the early 2000s. Though a number of Pabst mansions exist in various parts of the country depending on the company’s owner at the time, it is the Glencoe mansion built by Perlstein that is currently for sale. 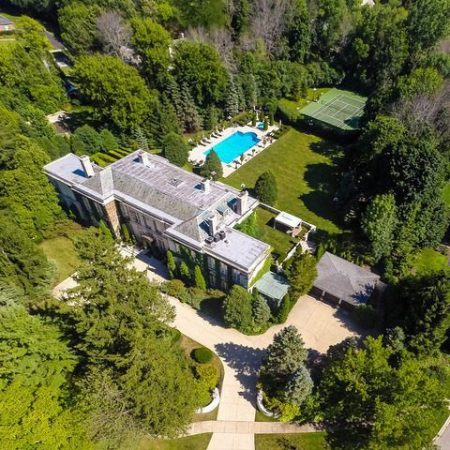 Apparently a home worth its salt.

Few food ingredients could be more necessary than salt and Joy Sterling Morton, owner of the Morton Salt and Argo Starch brands, was a man with good instincts who was successful in several diverse ventures. Morton cared about the future of Chicago and devoted equal time to volunteering his time to ensure its prosperity.  Another important contribution was his Morton Arboretum that he established in 1922 adjacent to his estate in Lisle, Illinois, which has grown from his original 178 acres to 1,700 acres.  It also houses a vast horticultural library containing many British volumes and his own personal library. When Joy Morton died in 1934, his daughter, Jean Morton Cudahy, became Chairman of the Board of Trustees of the Arboretum. As an heir to the family fortune, which she shared with her brother, this elegant Lake Forest estate was built for Jean and her husband in 1914 and is now for sale. A second view of this mansion is at the very top of this article.

Located in a bedroom community north of downtown Chicago and designed by the famous architect David Adler, this private, gated mansion nestled on two acres measures 10,386 square feet and includes nine bedrooms and eleven baths. Exceptional craftsmanship details are seen in the original detailed millwork, inlaid and parquet floors and the high quality of construction flows through the entire mansion. Updates such as the kitchen with its cherry cabinetry and marble baths with gold fixtures are two such examples. Also included are the formal rooms with large windows and tall ceilings, multiple fireplaces, dark wood-clad bar room and lounge, paneled library, large butler’s pantry, large bedrooms with seating areas and five with ensuite baths. Grounds include mature professional landscaping, pool, spa, tennis court and terraces for entertaining.  John O’Neill of CONLON/Christie’s International Real Estate has the listing. Priced at US$4.9 million.