The year 2015 marks the centennial of its Coca-Cola bottle with a global campaign.

Many imitators, one original.

With Coca-Cola already a popular drink, in an effort to fend off copycat cola producers, in 1915 it utilized an Indian glass company’s slinky bottle design to strengthen its trademark.

The year 2015 marks the 100th anniversary of the iconic Coca-Cola bottle, and the company is looking to celebrate on a global scale, with a year-long campaign of new advertising, a music anthem, and art exhibits from such paint luminaries as Norman Rockwell, Peter Blake and the enigmatic Andy Warhol.

The campaign starts with an exhibit at the High Museum of Art in the city where Coca-Cola maintains its global headquarters, The Coca-Cola Bottle: An American Icon at 100, running from February 28 through October 4, 2015. The highly visual event celebrates the bottle and its place in the world of art, design and commerce over its history, and will feature, for the first time, two Warhol Coke bottle paintings, as well as over 100 pieces of photographs and paintings and original sketches and prototypes of the bottle. 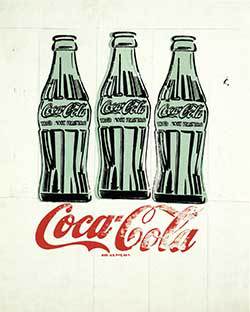 There will also be a traveling interactive art exhibition The Coca-Cola Bottle Art Tour: Inspiring Pop Culture for 100 Years, that will travel over 62,000 miles and visit 15 countries during 2015, exploring how the Coca-Cola bottle impacted art and pop (popular) culture.

And what’s Coca-Cola without a catchy song for the world to sing? Coca-Cola has tapped the talents of 19-year-old Canadian singer/songwriter Francesco Yates to create their new song “Nobody Like You” – the anthem which is available for download now, will appear on both radio and TV ads throughout 2015.

Coca-Cola is also tapping on other icons, namely Marilyn Monroe, Elvis Presley and Ray Charles, in their “Kissed By” global outdoor, digital and retail campaign showing them and other modern-day celebrities ‘kissed by’ the Coca-Cola bottle.

Assouline, a French publishing company is releasing a limited edition “Kiss the Past Hello” book that will, have everyone smiling at the cola manufacturer’s rich history. Along with famous art of the bottle, book will also have new artwork from global contemporary artists and designers asked to interpret the bottle in their own unique style. The book is slated to be released in March 2015. 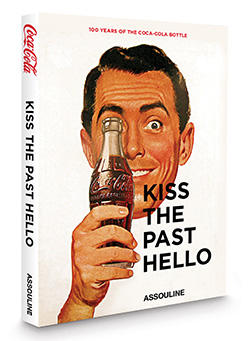 For those of you who can’t get enough of the digital media, a free app for both Apple and Android will be available highlighting the company’s heritage via its Story of the Coca-Cola Bottle App, featuring behind the scenes stories about the brand and bottle from within the Atlanta office.