The 46-year (and counting) support of the Special Olympics is an important tradition for Coca-Cola. 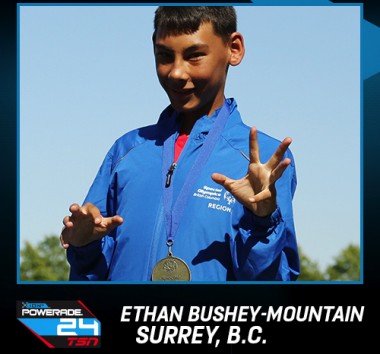 TORONTO—If you’ve had a Coke in the past 46 years, you’ve also been supporting Special Olympics.

Now with a renewed three-year, gold level sponsorship, Coca-Cola Canada will be helping over 38,000 Canadians with intellectual disabilities enrich their lives even more through the power of sport.

“Coca-Cola is proud to support Special Olympics in their mission to provide year-round sports training for children and adults with intellectual disabilities,” says Coca-Cola Canada vice-president of connections planning and knowledge & insights Dave Thomson. “One of our goals at Coca-Cola is to raise the standards for physical activity around the world, and it’s partnerships like this that truly make a difference.”

The partnership includes support, both financially and through marketing initiatives, as well as in-kind product donation.

“Special Olympics embodies the true essence and best qualities of sport. It’s about being a part of something bigger, sharing the challenges and overcoming obstacles” says Jamie Salé, Olympic athlete in Canadian pair ice skating and Special Olympics Canada Champions Network co-chair. “For athletes with intellectual disabilities, it’s a chance to shine thanks to the support of companies like Coca-Cola.”

Established in 1969, the Canadian chapter of this international movement is dedicated to enriching the lives of Canadians with an intellectual disability through sport.

Operating year-round in all Canadian provinces and territories except Nunavut, this grassroots movement reaches beyond the sphere of sport to empower individuals, change attitudes, and build communities.

From two-year-olds to mature adults, there are more than 38,000 children and adults with an intellectual disability registered in Special Olympics programs across Canada. They are supported by more than 17,000 volunteers, including close to 13,000 trained coaches.

Coca-Cola in Canada operates in all ten provinces, and employs 6,300 people in more than 50 facilities, including seven production facilities across Canada.

Have a Coke and make some athletes smile. For company information, visit www.livepositively.ca or www.coca-cola.ca.
Follow on social media via Twitter: @cocacola_ca.

Image at top is: one of Coca-Cola’s Powerade 24 athletes and Special Olympian, Ethan Bushey-Mountain. Image courtesy of Coca-Cola Canada.