With the United States facing tight supplies of red meat, a report issued by the US Department of Agriculture’s Foreign Agriculture Service (FAS) says that it expects the slack to be picked up by Canadian chicken farmers in 2014.

The FAS says it expects Canada to produce some 1.08 million metric tons of broiler meat during 2014, which is 10,000 metric tons above the official USDA estimate.

In 2013, Canada produced about 1.057 million metric tons of broiler meat, according to the FAS.

On a per-capita basis, broiler meat is now predicted to approach 31 kilograms per person in 2014, which is about where it was in 2009 and earlier.

Between 2010-13, broiler-meat consumption was at around the 30 kilogram mark per person.

The FAS report is presented below: 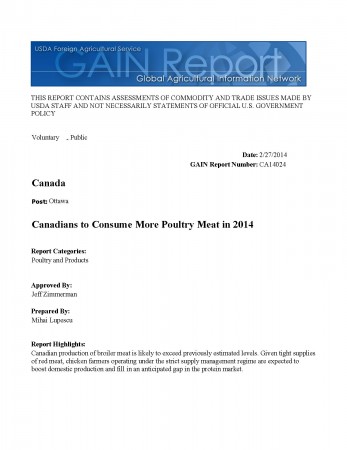 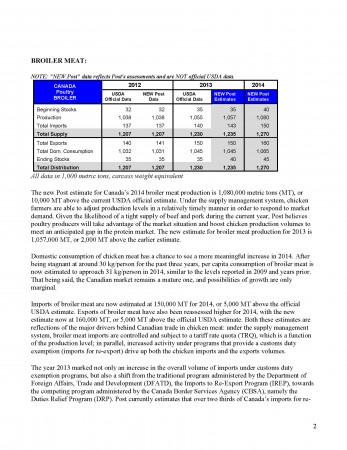 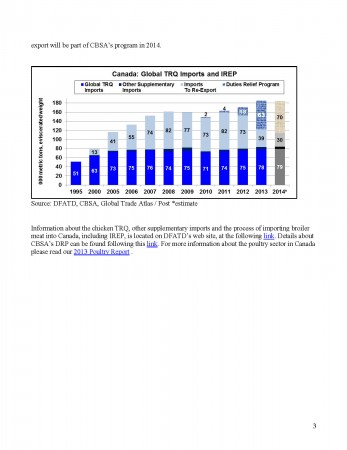