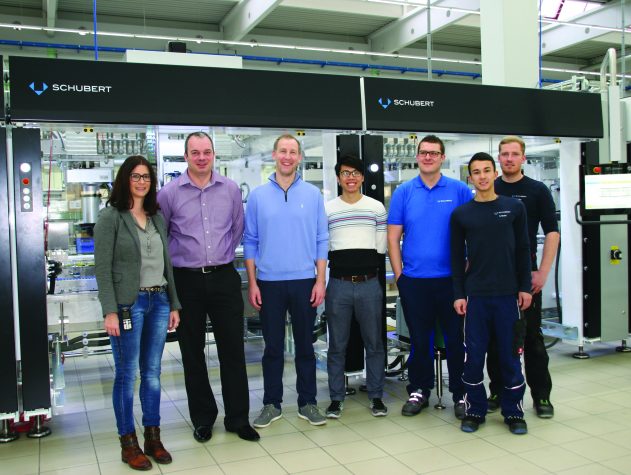 Founded in 2013, Riverside Natural Foods is a true snack-foods industry innovator guided by a principled passion for creating great-tasting snacks made from entirely organic ingredients and free from the most common allergens.

Offered in five different flavors—chocolate chips, mixed berries, apple cinnamon, chocolate banana and strawberry—the healthy and nutritious snacks are now sold in over 8,000 stores in Canada and the U.S.

With sales of the MadeGood brand growing at a breathtaking pace in the last couple of years, the company recently found itself in urgent need of a fully-automated alternative to its original semi-automatic methods used to handle the secondary packaging operations for its MadeGood minis products. 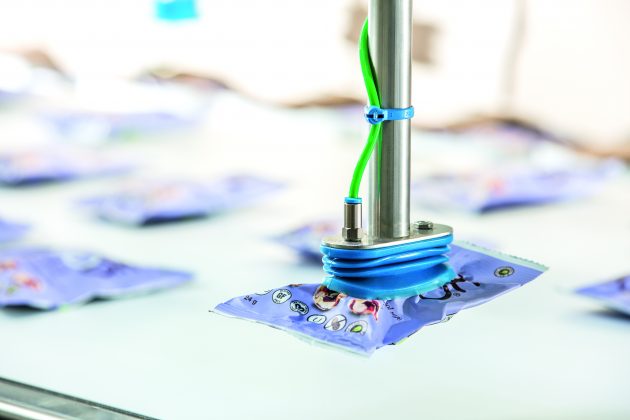 A robot places the Granola Minis snack-packs in boxes of four and five items per box, as well as in much larger packages holding 28 products.

Founded over 50 years ago, the family-owned company has become a major player in the global packaging automation business in large part by the successful commercialization of its scalable, modular TLM systems
widely lauded for their robust high-speed performance, user-friendly operation and exceptional flexibility.

With the company’s Schubert Packaging Automation Inc. subsidiary located just a half-hour drive from the Riverside plant in Mississauga, Ont., Riverside staff were quick to learn and appreciate some of the
key benefits offered by TLM technology—including compact machine size and quick format change, among others.

While Shubert’s TLM technology has been growing in North American installation base significantly over the last decade, in 2015 it made a full-fledged commitment to this “important growth market” by opening up a North American subsidiary in Charlotte, N.C., and Dallas, Tex., along with the Canadian operation in Mississauga.

With each location staffed by highly competent professionals, “The company can ensure the best possible service to customers throughout North America,” according to Schubert.

Following a thorough discussion of Riverside’s application requirements, Riverside proceeded to order a TLM picking line comprise of five machines to perform the for the final packaging of flow-wrapped granola
minis with packages of different flavors into a variety of carton sizes and in special bag formats.

As per customer specifications, Schubert developed various packaging sizes, which were created in close collaboration with Riverside in terms of packaging design and ideal machine operation.

According to Schubert, the five different flavors can be intelligently pre-grouped—with the help of Schubert’s Transmodul transport robot and an inline image recognition system—so that the granola minis can either be automatically packed on the TLM machine or, as an option, manually packed in large bags of 20 products each.

Comprising five submachines, the highly automated TLM packaging line from Gerhard Schubert has been operating at the Riverside Natural Foods production facility in Vaughan since March.

The products themselves, for their part, are fed by three identical vertical TNA flowwrapping machines with a capacity of up to 150 bags per minute.

For packaging in cartons, the products of one flavor are fed along up to three of the system’s continuously running conveyor belts.

At the same time, the different carton blanks are automatically taken out of the magazine, quickly erected by an F2 robot and glued together.

The Transmoduls then swiftly transport the boxes to the next station, where five F4 pick-and-place robots fill them with the products.

Two TLM line is equipped with high-accuracy scanners that detect the orientation and position of the flowpacks over a width of 600 millimetres.

This information is transmitted to the F4 pick-and-place robots for the correct pick-up and placement of the flowpacks in the boxes. The filled boxes are then transferred by a first F2 robot to a vacuum conveyor, and there closed by a second F2 robot in one step and placed on the outlet conveyor.

For the special format packaging of the flowpacks into larger pouches, the scanner also recognizes the flavor based on product color.

This enables the intelligent pre-grouping of granola minis with different flavors, which are supplied unsorted on the product belt. The flowpacks are then pre-grouped into groups of four—each with two flavors—on the Transmoduls and transferred to the output conveyor by means of an F2 robot for further processing by Riverside.

While the color recognition function for the pre-grouping of different flavors was not originally part of the machine order, Schubert was subsequently able to integrate this capability on-site in time to put the system into operation. 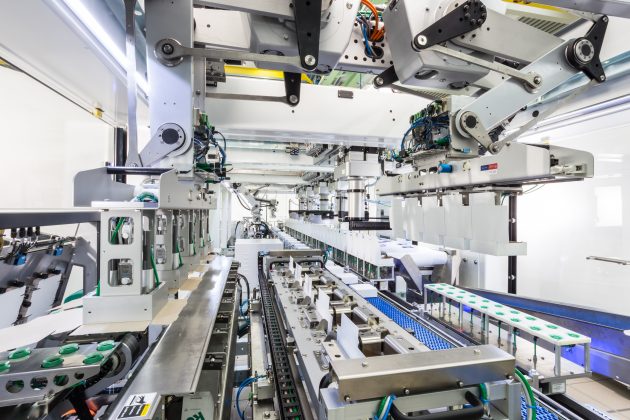 The new system is equipped with a Transmodul track, which links the processes within the machine without interfaces, with the F2 robots handling the conveying and closing of the boxes.

As Schubert Packaging Automation’s sales representative Giorgio Calorio explains, “Expansion of either the product range or performance can be implemented quickly through additional modules or robot tools.

“Our space-saving systems, which can be expanded flexibly as production increases or as formats and product combinations vary, ensure maximum flexibility and efficiency,” Calorio states.

“This allows our customers to respond quickly to changing requirements without their having to invest in a new line.”

For his part, Riverside Fotovat says he’s very pleased with the company’s decision to invest in Shubert’s TLM technology.

“We look to Schubert to deliver superior engineering, efficiency and flexibility, while maximizing floor space optimization,” he says, “and that’s exactly what we got.

“We are very optimistic that this solution will help us with our continued growth well into the future.”