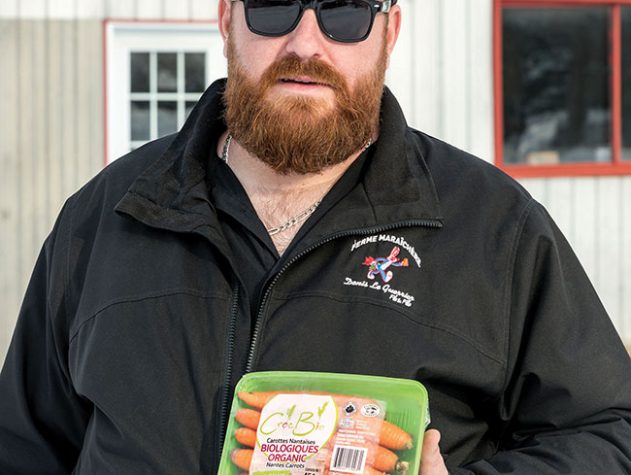 Industry awards may sometimes seem like a dime a dozen these days, but it’s worth remembering that not all awards are created equal.

Tracing its founding roots back to 1889, Quebec’s Ordre National du Mérite Agricole (Québec Order of Merit for Agriculture) has long enjoyed a Holy Grail-like benchmark of excellence status among the province’s agricultural producers as a full-fledged badge of honor for product quality and innovation for companies large and small.

Created to promote business excellence and development of a dynamic, innovative and profitable agri-food industry in the province, the competition has long provided a welcome marketing for dynamic Quebec companies seeking to take their business to the proverbial next level.

And as a winner of the competition’s Silver Award during last year’s contest, announced in September of 2018, Blainville, Que.-based beets and carrot producer Denis Le Guerrier Fils Et Filles is clearly a company moving in the right direction in many aspects of its booming organic business.

Founded by Denis Le Guerrier some 40 years ago, the family-owned enterprise has thrived in recent years under the leadership of the founder’s children Philippe and Caroline—becoming one of the largest beet producers in Quebec.

According to the Mérite Agricole website, the company’s rise to prominence is rooted in its willingness to “listening to the needs of the marketplace, which led them to diversify their formats and offer carrots and beets of all colors.

“They are now planning to develop the market for organic root vegetables and to add rabioles, which is a very sought-after ingredient for various for ethnic cuisines.

“The family spirit is an essential factor behind their success: Le Guerrier thinks long-term, especially since the founder’s children work in the company.”

This eagerness to look ahead was underscored in the company recent new venture, commenced in 2017, to produce and market the organic Nantes variety of carrots distinguished by nearly perfect cylindrical cone shape, bright orange-red color, crisp and fresh appearance, and exceptionally sweet and mild flavor profiles.

Originating from the French city of Nantes, the slim medium-sized carrots— carrots were developed in the 1850s by Henri Vimorin—are packed with A and B and rich in calcium and phosphorus, with tender texture similar to that of baby carrots.

Today there are more than a half dozen varieties of carrots that specifically bear the Nantes name, but what makes the company’s carrots special is that they are totally organic, according to Philippe Le Guerrier.

“Organic products are becoming more and more sought-after all the time,” he says, “and this market offers some great growth prospects.” 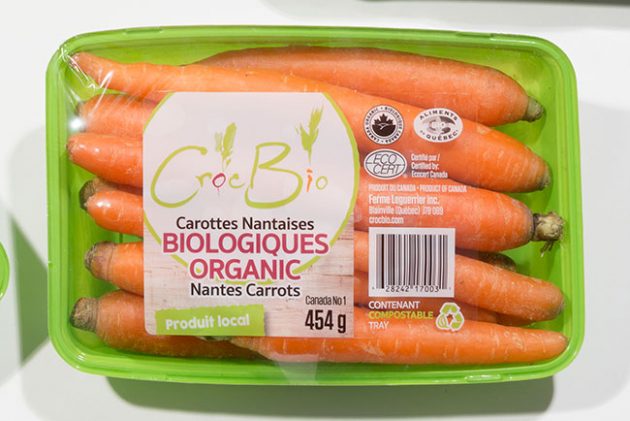 To get the idea off the ground, Denis Le Guerrier approached nearby Belvache Farms, located in Sainte-Anne-des-Plaines, whose land was already certified organic, and the two companies agreed to plant carrots and beets on a 40-hectare plot of certified land that was not providing optimal conditions for growing corn or other above-ground crops.

“We were looking for a way to maximize the value our sandy soils,” says Vincent Gauthier of Belvache Farms, “and this seemed like a perfect opportunity.”

“When we started looking for a supplier who could produce the kind of trays we wanted, we selected the one who promised to make a unique mold that would enable us to print the Croc Bio brand graphics three-dimensionally on the bottom of the trays,” Philippe Le Guerrier explains.

Made of made of PLA (polylactic acid) thermoplastic polymer that is entirely biodegradable and is made from renewable raw materials, the compostable trays offer a highly effective “green” alternative to traditional plastic product packaging made from fossil fuels, according to Tilton.

Last November, Tilton in fact was selected as a winner in the Rigid Plastic Packaging category of the sixth annual Gaïa Awards competition, dedicated to recognizing innovation and leadership in food packaging, for a similar Biogo brand PLA container developed for packaging pita bread.

Manufactured in Italy by the Fabbri Group, the model Automac 38 machine is designed specifically for packaging fresh products in trays at speeds of 21 to 31trays per minute.

Available in five different configurations, the compact and flexible machine can package virtually every type, shape and color of tray with a robust sealing operation and a choice of 99 different wrapping patterns programmed into the system. 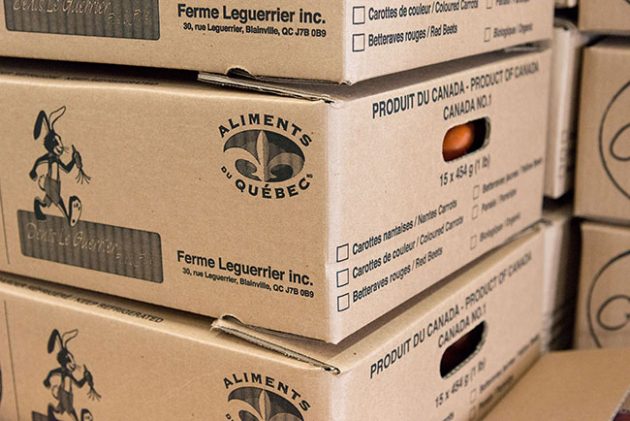 The wrapped product is manually placed inside corrugated shipping cases, supplied to the plant by Mitchel-Lincoln Packaging.

With minimal maintenance requirements, the operator-friendly system feature two independent reels are always ready to use, according to Fabbri, and can manage a reel with reduced width on one side and one with a larger width on the other.

According to Fabbri, this design enables continuous wrapping without interruption for a reel change, depending on the tray, but even when human intervention is required, a typical reel change only takes about 30 to 45 seconds to perform.

“It saves us a lot of time,” he says. “We did not see ourselves hand-packing our organic Nantes carrots, and this machine made sure we did not have to.”

As Le Guerrier recalls, “We wanted a fast, easy-to-use machine that suited the type of trays and product to be packaged, and that could fit easily in the space we had.

“We evaluated various models available on the market,” he says, “before opting for the Fabbri system that appeared to us as the one that best met our current and future needs.

“We are very happy with our choice,” says Guerrier, adding the trays of organic Nantes are wrapped in a pre-printed film supplied by Les Emballages Carrousel of Boucherville, which in fact supplies all the plastic films used by
Denis Le Guerrier, which also cultivates and packages beetroot, yellow beets, long beets, regular carrots, parsnips and rutabagas in one-, two-, three-, five, 10-, 25- and 50-pound sizes.

“This year we produced a good thousand tonnes of carrots alone,” Le Guerrier says, adding he is encouraged by the market’s early response to the Croc Bio brand of organic Nantes carrots.

“While our organic carrot production currently accounts for about 15 per cent of all the carrots we produce,” he concludes, “we have good reasons to expect this portion of our carrot production to increase significantly in the future.”