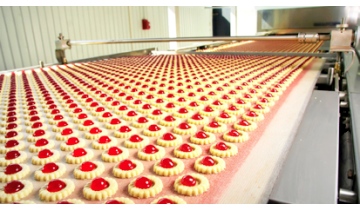 The Food Processing Suppliers Association (FPSA) has announced that PROCESS EXPO 2013 has doubled exhibit sales to foreign-based exhibitors over the previous show in 2011—and the show still isn’t on until November 3-6, 2013 at Chicago’s McCormick Place.

The FPSA— global trade association serving suppliers in the food and beverage industries—attributes this growth of international exhibitors to the collaborative work of FPSA and its strategic partner Messe Düsseldorf GmbH, which assists in the promotion of PROCESS EXPO in international markets.

“PROCESS EXPO has experienced tremendous growth over the past three show cycles and international suppliers to the food and beverage industry have taken notice,” says FPSA president and chief operating officer David Seckman. “As we continue to build the show’s reputation as the nation’s top trade show dedicated to the food and beverage industry, foreign equipment manufacturers and service providers increasingly see PROCESS EXPO as the perfect launching pad to break into the North American industry or expand their business within it.”

“These results are the natural progression of the developing relationship between Messe Düsseldorf and PROCESS EXPO, and its inclusion in interpack’s worldwide products family,” notes Messe Düsseldorf director of interlock Bernd Jablonowski.

He continues: “Among our worldwide constituents, there is a strong sense that PROCESS EXPO is building up to be the food and beverage industry’s premier event in the United States and clearly, international suppliers want to be a part of that.”

Companies interested in exhibiting in PROCESS EXPO 2013 should contact Grace Cular Yee, FPSA director of sales via e-mail at gyee@fpsa.org. A complete list of exhibitors and the updated floor plan for PROCESS EXPO 2013 can be found at www.myprocessexpo.com—you can also register your attendance on-line.