drinktec 2017 provides process solutions for brewers of all sizes

MUNICH—The brewing industry is more varied than ever before. On one side, large corporations are increasingly working to establish the beer as the global beverage. On the other side, there are creative craft brewers as well as small- and medium-sized brewers who compete with wine with their specialties not only in trade journals and feature articles, but also in shopping baskets. Each of these brewing poles requires its own unique process solutions, machine types and raw materials.

drinktec 2017 will show what these are at Messe München from September 11 to 15, 2017 in Munich, Germany. The presentations of exhibitors and numerous beer-specific events will make the global trade fair for the beverage and liquid food industry into the “place2beer” .

Common business issues of craft and global brewers constitute one of the guiding principles. The quality demanded by consumers must be produced with the lowest possible investment (CAPEX) and operating expenditures (OPEX).

Certainly, reducing the high prices of craft beer is not quite that easy. However, limits are exceeded there that are economically relevant: In conventional dry-hopping, for example, in part more than 25 percent of the tank volume cannot be marketed, because it is too turbid due to the hops. At current prices of hops and especially the production quantities of U.S. craft brewers, this generates immense costs.

To deal with this problem, systems can be sought and certainly found at drinktec with which hops can be dosed reproducibly and above all bottled with little turbidity.

Focus on completely new approaches and ideas
With the competitive pressure prevailing in the global brewing industry, the proverbial last drop understandably causes the barrel of costs to overflow even faster. As a result, there is a focus on completely new approaches and ideas. They are to ensure that all raw materials and resources are used with the maximum possible efficiency on one hand. On the other hand, an essential objective is the factor of flexibility. This applies both with regard to the raw materials being processed as well as the combined upstream and downstream processes.

For example, a new type of mill eliminates the previous clear separation between lauter tub and mash filter mill in that it is able to operate lautering systems as well as grind very different brewing raw materials.

Trade fair visitors should underline and bold the mashhouse area in their fair planning. Completely new state-of-the-art machine types in development will be exhibited there, which could completely change previous mashhouse work. You can be certain that companies will use the innovation platform drinktec 2017 to present these innovations to the world.

The traditional brewery layout is under close scrutiny
The traditional brewery layout is also under close scrutiny, as Pentair Food & Beverage vice-president Olaf Müller emphasizes “Meanwhile, there are new concepts such as that recently implemented in Debre Berhan, Ethiopia, which are groundbreaking in terms of their level of automation and innovative valve concept.”

Keywords in this context are fully automatic operation, a decentralized, cost-effective utility concept, in which all the utilities are located where they are crucial, as well as the most modern and coordinated technologies along the entire production process chain.

Müller also sees another general trend: “The market is moving away from single products and services and looking for intelligent solutions from a single source. Pure investment cost considerations are increasingly giving way to smart TCO optimization.” 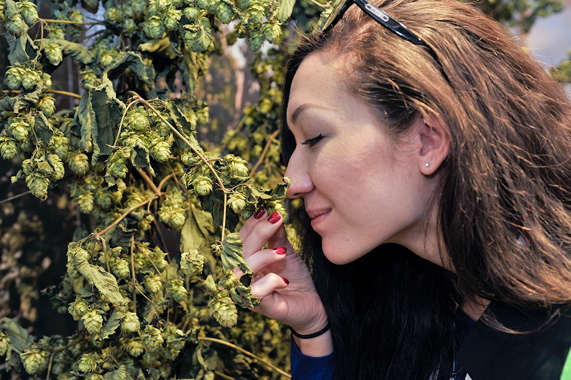 Beer connoisseurs can look forward to some exciting developments
What will drinktec 2017 show brewing technologists in the way of raw materials in Hall B1? Certainly a great variety of aromatic and bitter hops, standard and special malts as well as malt extracts.

Providers are increasingly following the craft trend in this area and offering their products specifically in smaller batches for this segment. However, not only malt and hops are important for the taste of beer.

One ingredient contributes approximately 80 percent of flavor that was not even known as a micro-organism in the original Beer Purity Law: yeast. An instrument that is currently only in its initial stages, something which graduated engineer Mathias Hutzler, Head of the Yeast Center, Research Center Weihenstephan for Brewing and Food Quality at the Technical University of Munich (TUM), regrets.

Says Hutzler, “Beers had a much bigger variety of taste in earlier days due to the very different flavor ranges of yeast strains and mixtures.”

This diversity has been lost over the years, because yeasts prevailed that provided good beer quality in production and worked the fastest and most effectively at the same time. As a result, beers became increasingly identical from a sensory standpoint.

Hutzler has set himself the goal of reviving the flavors of yesteryear. He and his colleagues at the TUM hunt for long-lost yeast strains in abandoned breweries to this end.

“We are trying to reactivate old yeast strains from abandoned beer cellars,” notes Hutzler, “and make them accessible for creative beer production.”

Beer connoisseurs can look forward to some exciting developments  .

Professor Martin Krottenthaler from the Weihenstephan-Triesdorf University of Applied Sciences notes that “A brewery need not transport conventional raw materials around the world to convert starch into alcohol. Corn or sugar syrups also provide the basis and even entirely new plants such as cassava will do this in the future.”

And they will do it in relevant quantities.

In 2013, approximately 277 million tons of cassava (manioc) were harvested on 20.4 million hectares worldwide.

In addition to Brazil, the biggest producers include many African and Asian countries as well as India.

In brief: interesting markets, but with a reservation.

Krottenthaler says, “The major challenge with these new starch plants is currently supply, because clear global networking between cultivation, trade and consumers has still not been established as opposed to the case with malt or hops. Something will certainly happen in this respect over the next few years.”

“drinktec is a melting pot of the industry. They are all there from craft brewers to large corporations, and all continents are represented too. There is nothing comparable in any other country,” offers Oltmanns.

The beer highlights at drinktec 2017: