Survey shows that while people are more stressed, popping Bubble Wrap provides relief the equivalent of a 33-minute massage. 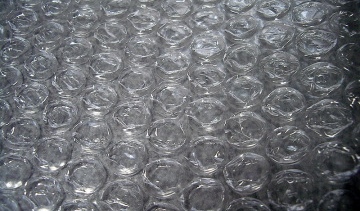 According to the first-ever Bubble Wrap Brand Pop Poll stress survey, some 77 per cent of Americans are more stressed or as stressed today than they were one year ago while 32 per cent believes that there is a better shot for the national debt to be erased than a life without stress.

Conducted by Kelton Research and 1,191 adult American respondents, the survey reveals that just over one minute of popping Bubble Wrap provides stress relief equivalent to a 33-minute massage.

The survey also shows that Americans who have popped Bubble Wrap in the past seven days are less stressed about their health than those without as much recent Bubble Wrap material popping experience. The poll also found that 69 per cent of workers would take a pay cut to ensure that they would never be stressed on the job again.

“Bubble Wrap was originally intended as a form of textured wallpaper, but has transformed into an unexpected ‘pop’ culture icon, becoming most recognized for the satisfying release that comes with the popping of each bubble,” states Sealed Air president and chief executive officer William V. Hickey.

Poll results show many different triggers that cause stress and unique ways that Americans would handle their anxieties:

The originally intended use for Bubble Wrap was entirely different than how it is used today. Inventors Marc Chavannes and Al Fielding originally developed a plastic they hoped to market as textured wallpaper. When that idea did not take off, the inventors began to have some success marketing the product as a greenhouse insulator. Chavannes then realized that Bubble Wrap brand cushioning could be used as an improvement from paper and old newspapers for cushioning fragile items. Once the opportunity was identified, the inventors worked hard on the manufacturing process for Bubble Wrap cushioning in an effort to create an ideal packaging material. After a lot of tinkering, they developed a special, proprietary barrier protection which prevented air from leaking and resulted in the crisp pop that Bubble Wrap is famous for.
For more information on Bubble Wrap brand cushioning or the Bubble Wrap “Pop” Poll Stress Survey visit BubbleWrapFun.com.

Sealed Air is the new global leader in food safety and security, facility hygiene and product protection. With widely recognized and inventive brands such as Bubble Wrap brand cushioning, Cryovac brand food packaging solutions and Diversey brand cleaning and hygiene solutions, Sealed Air offers efficient and sustainable solutions that create business value for customers, enhance the quality of life for consumers and provide a cleaner and healthier environment for future generations. On a pro forma basis, Sealed Air generated revenue of $7.6 billion in 2010 and has approximately 26,000 employees who serve customers in 175 countries. To learn more, visit www.sealedair.com.