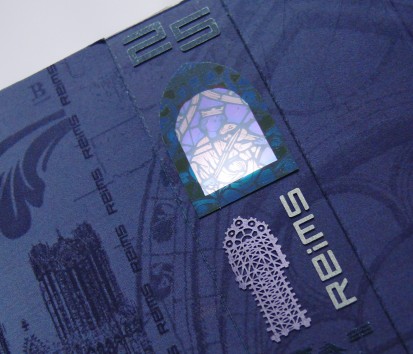 The search to find the world’s best commercial holograms is now underway with nominations open for the 2014 Excellence in Holography Awards, with this years challengers hoping to emulate Hologram.Industries, which was singled at the 2013 Awards for ‘going further than the current state of the art in light transmission’ with its metallic foil Plasmogram (see image above).

Organized by the International Hologram Manufacturers Association (IHMA), the annual awards recognize outstanding achievement and reward those who have been at the forefront of the industry, pioneering innovative or new hologram products or techniques, as well as the best use of holograms in a commercial context.

This year’s awards, to be presented at the annual industry dinner on December 4, 2014 during The Holography Conference in Istanbul, Turkey will feature a new category, ‘Best Applied Decorative/Packaging Product’.

Delegates from hologram suppliers, manufacturers and users around the world will be attending the event which will include a display of products and applications including the awards shortlist and winners, showcasing the diverse security, anti-counterfeiting and packaging benefits provided by cutting-edge holographic technologies.

The ‘Best HOE Application’ will be given for the best application of holographic optical elements while the best hologram used on a security product will also be marked with an award.

The annual ‘Brian Monaghan Award for Business Innovation’, given at the discretion of the IHMA Board, will also go to an individual in recognition of his or her outstanding industry achievement and contribution.

Organizations and individuals can submit nominations on their own behalf or they can nominate a third-party project. Projects submitted for an award can also be from any source, they do not have to be from IHMA members.

The closing date for applications and nominations was August 15, but all submitted projects must relate to holograms introduced after August 1 2013. Entries will be judged by the IHMA Board, representatives of the worldwide industry elected by IHMA members. 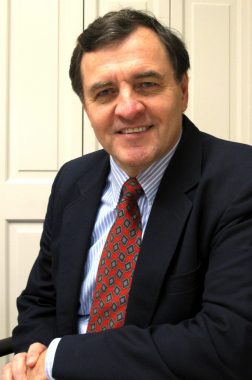 Not a hologram, but the real Mike Messmer, IHMA chairman.

IHMA chairman Mike Messmer says: “The annual awards mark the very best in holographic achievement and the many remarkable innovations that keep this exciting and versatile technology to the fore in a diverse range of applications.

“Creativity, design excellence and quality will lead the way among the entries reflecting holography’s ability to find new applications and push forward the boundaries technically and commercially.”

The International Hologram Manufacturers Association is made up of nearly 100 of the world’s leading hologram companies. Members are the leading producers and converters of holograms for banknote security, anti-counterfeiting, brand protection, packaging, graphics and other commercial applications around the world.

Further information can be found at www.ihma.org.