Wine bottle inspired by the Simpsons

Designed by Russia’s Constantin Bolimond, the pair of wine bottles features the outfits and hair (or lack of hair) of beloved Simpsons characters Marge and Homer Simpson.

You’ll notice the base of each bottle even has the correct “shoe” color.

The design is also heavily influenced by noted Dutch painter Pieter Mondrian (1872-1944) who developed neoplasticism – a white background with grids of horizontal and vertical lines done in black and the three primary colors of red, blue and yellow—perfect for the simple palette of The Simpsons. 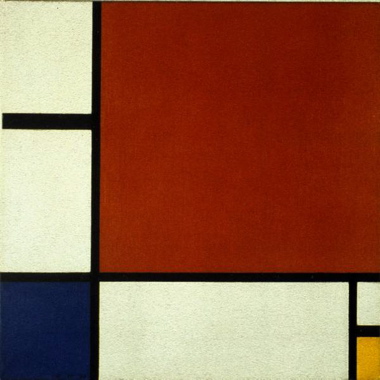 Composition II in Red, Blue, and Yellow, 1930 by Pieter Mondrian.

As for the beverage contained within—assume it’s not something you can purchase, and that it is merely art. Just think copyright, and ask yourself if the very protective rights holders to The Simpsons would allow its characters to appear on a non-heavily marketed product. Exactly.

Besides, although Marge might be a nervous wine drinker, there is no way Homer would imbibe anything other than a fictional Duff beer.

Just enjoy the package design for what it is. A one-off.