In an effort to promote efforts to avoid judging people with labels, Coca-Cola goes sans label in the Middle East during Ramadan.

Because people tend to judge one another within a short seven seconds from that initial view, Coca-Cola has removed its logo from all of its cans in the Middle East as a way to encourage people not to formulate opinions without fact.

We all do it, however, regardless of where we are from or what our social or economic status might be… we all judge one another, perhaps unfairly, without getting to know the real person.

The Middle East is a region with over 200 nationalities with a plethora of ‘labels’ applied to them—a fact that helps creates a divide between the people.

In one small gesture, during the period of Ramadan (a period of daylight fasting for Muslims – this year from June 18 ending July 17), Coca-Cola’s can will NOT have the signature Coca-Cola signature as a label, though the distinctive swooshing lines will be present.

The cans, however, are not wordless. Coca-Cola has applied a two-line message to the can: “Labels are for cans not for people” 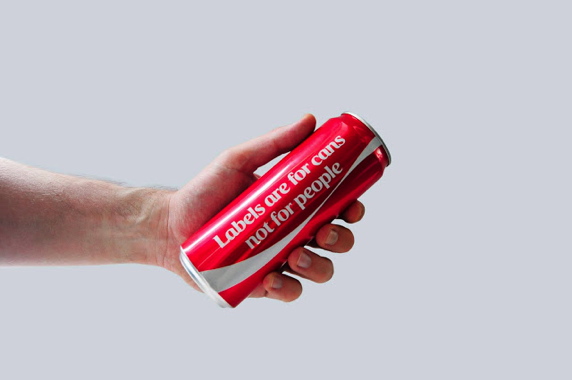 These special limited edition cans are only available through Ramadan.

Coca-Cola Middle East, in this stirring video below, invited six strangers to an Iftar in complete darkness, where each described themselves… and judgements were made… until the reveal.