Silvery Or Golden Surface No Problem For HP Indigo 12000 series

No brush off here: new Colgate toothbrush packaging gets royal send-off thanks to Iggesund, HP Indigo and The Print House.

Colgate’s gold toothbrush, the Gold 360⁰, was launched in Norway in packaging in the form of a gold bar. The packaging is printed on Invercote Metalprint Digital 300 g/m² + 29 g/m², 420 µm, 16.5 pt. The printers, Print House, playfully developed the combination of printing a gold effect onto Iggesund’s new Metalprint Digital paperboard, certified for the HP Indigo 12000 series.

The printers had simultaneously been asked to develop an exclusive packaging for the launch of Colgate’s gold toothbrush, the Gold 360⁰.

From the sheets left over from the certification testing, the printers created a packaging for Colgate in the form of a gold bar—unusually, even before the paperboard was on the market.

“Colgate wanted a gold finish and so we tried printing yellow onto Metalprint Digital’s silvery surface to achieve the gold effect. It was a great success,” explains Print House project manager Steven Widlic.

A couple of years ago, Metalprint, which is based on Invercote G, attracted great interest in digital print circles, but it had one limitation—it could only be used in the biggest presses with the equipment to apply a primer.

However, along with HP Indigo, Iggesund Paperboard has now developed another version—the Metalprint Digital, which is customized and certified for HP Indigo’s 12000 presses.

“The certification test runs exceeded expectations and we’re impressed by how well Metalprint Digital functioned in our press,” Widlic continues. “It works so well because Invercote is fundamentally stable with good quality and a fine surface. When the metallized film is then applied by using a forgiving method, the result is the mirror-smooth finish that is an ideal prerequisite for a superb print result.”

Print House is one of the pioneering digital printers in Norway. Until the beginning of 2018 it had about 20 employees before merging with a considerably larger group of printing companies, 07 Media.

“Here at Print House we’ve been able to follow the exciting developments in digital printing,” Widlic says. “The growth in the packaging segment has been particularly impressive and still has a lot of potential.”

The ability to produce small series of packaging involving complex printing opens up new possibilities for small companies. Packaging printed with traditional technology involves relatively high start-up costs, which are an obstacle for companies that want to limit their print runs for cost reasons.

“That factor is what’s driving the expansion of our packaging business, as well as the advantages that digital technology offers when you have to make many versions of a basic packaging design,” Widlic concludes. 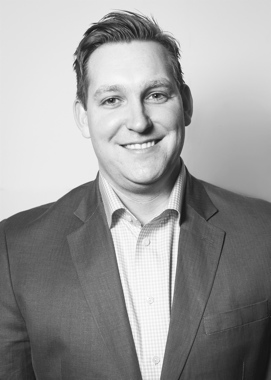 “The possibilities of starting with packaging that has been digitally printed on a small scale is a strong driver behind the expansion of our business,” says Steven Widlic, project manager at Print House in Oslo.

About Iggesund
Iggesund Paperboard is part of the Swedish forest industry group Holmen, one of the world’s 100 most sustainable companies listed on the United Nations Global Compact Index. Iggesund’s turnover is just over €500 million (~ CDN $764 million) and its flagship product Invercote is sold in more than 100 countries. The company has two brand families, Invercote and Incada, both positioned at the high end of their respective segments. Since 2010 Iggesund has invested more than €380 million (~CDN $580.7 million) to increase its energy efficiency and reduce the fossil emissions from its production.
Iggesund and the Holmen Group report all their fossil carbon emissions to the Carbon Disclosure Project. The environmental data form an integral part of an annual report that complies with the Global Reporting Initiative’s highest level of sustainability reporting. Iggesund was founded as an iron mill in 1685, but has been making paperboard for more than 50 years. The two mills, in northern Sweden and northern England employ 1,500 people. Company information available at https://www.iggesund.com/en/.

About HP Indigo
HP Indigo Division is a division of hp’s Graphic Arts business. It was founded in 1977 as the Israeli company Indigo Digital Press and bought by Hewlett-Packard in 2001. It develops, manufactures and markets digital printing solutions, including printing presses, proprietary consumables and workflow. More information available at http://www8.hp.com/us/en/commercial-printers/indigo-presses/products.html.