How packaging robots learned to see 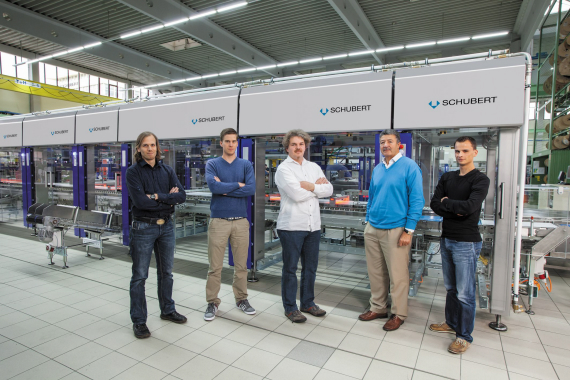 Crailsheim, Germany— Throughout 2014, Gerhard Schubert GmbH is looking back on a milestone both of its own history and of the industry as a whole.

Thirty years ago, the company began developing image processing for packaging robots. Initial discussions between company founder Gerhard Schubert and the Institute for Material and Solid State Research took place at the Nuclear Research Center in Karlsruhe, Germany in April 1984. At the time, research in image interpretation and pattern recognition was a new discipline. Schubert was one of the world’s leading pioneers in its industrial use.

Gerhard Schubert resolved to change this. He convinced two scientists, Dr. Abdelmalek Nasraoui and Dr. Josef Pecht, to relocate from Karlsruhe to his company in Crailsheim. Together, they established the development department for image processing at Gerhard Schubert GmbH. 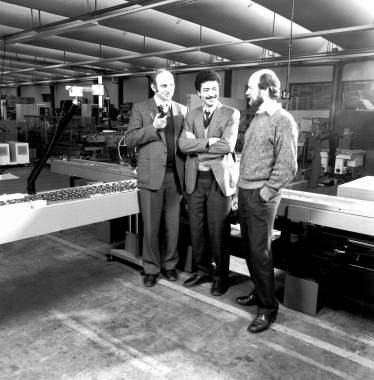 The fathers of the image computer (from left to right): Josef Pecht, Abdelmalek Nasraoui and Alfons Frekers in the 1980s.

At first, CCD (charge coupled device) cameras were used, serving as the “eyes” of the robots in the Schubert Speedline series of machines, which premiered at the interpack tradeshow in 1987. 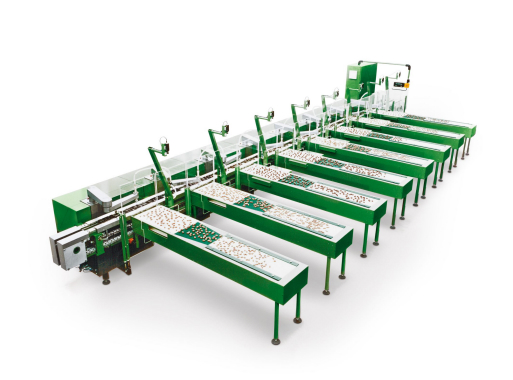 In the early 1990s, the company introduced the line camera. This innovation cleared the way for new solutions in the confectionery industry, where conveyor belts up to two meters wide are the norm.

Then, a few years later, a paradigm shift took place. The team developed a market-ready line sensor, the transmitted light sensor, and unveiled it in 1996.

This innovation represented a breakthrough in the use of robots in packaging machine construction. The transmitted light scanner introduced previously unimagined simplicity in the area of commissioning. In addition, the component was extremely rugged and operated reliably and dependably in continuous operation.

At the 2014 interpack trade fair held in Düsseldorf, Germany May 8-14, Schubert will be introducing its 3D scanner, adding a “new dimension” to product recognition. This technology raises quality control to a new level. The 3D scanner makes use of attractive control parameters like volume, weight and stack height.

Gerhard Schubert GmbH is a mid-sized family-run company, currently with 900 employees around the world. Schubert builds highly flexible packaging and bottling machines, as well as thermoforming, filling and closing machines for products of every type in every industry. TLM (top-loading machine) lines from Schubert can package any product easily and in a highly organized way. Schubert also offers a comprehensive range of services revolving around the TLM packaging machine system.