Fans visiting TIAA Bank Field on game day this season can interact with one of five new robots located throughout the stadium.

JACKSONVILLE, Fla. – The Jacksonville Jaguars introduced FANUC America, a leading supplier of robotic automation, as a proud partner of the team and welcomed five new robots to TIAA Bank Field and the Jaguars family of game day staff this past Sunday during the team’s victory over the New England Patriots.

“We are excited for the opportunity to show FANUC robots to Jaguars fans,” said Mike Cicco, president and CEO of FANUC. “Companies both large and small are implementing robots and automation to help them meet their productivity goals. Ultimately, we help companies solve production challenges and stay competitive. We hope our fun and interactive demonstrations encourage people to see what automation can do for them.” 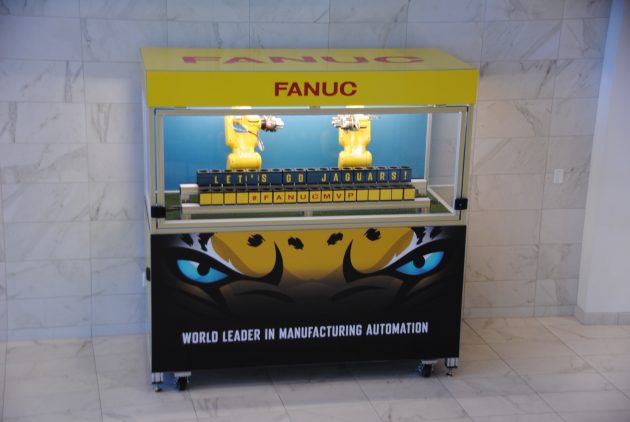 Fans visiting TIAA Bank Field on game day this season can interact with one of five new robots located throughout the stadium. They include: 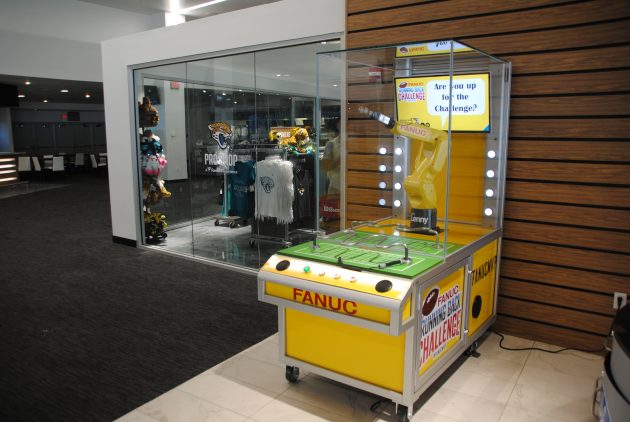 FANUC’s Lenny Robot – Can you win the challenge?

“FANUC is a leader in automation and we’re thrilled for FANUC robots to engage with Jaguars fans on game day, from serving fans Bud Lights, to competing against them in a fun skills challenge, to waving a Jaguars flag celebrating big moments on the field.”