Krones AG’s subsidiary Evoguard GmbH has achieved a resounding success with its own series of valves, the Evoguard.

It was not until late 2010 that Krones AG, one of the world’s leading manufacturers of beverage filling and packaging technology, unveiled the valve series it was manufacturing in-house at the BrauBeviale in Nuremberg, Germany.

In 2014, the Valve Technology Division was hived off to become Evoguard GmbH. 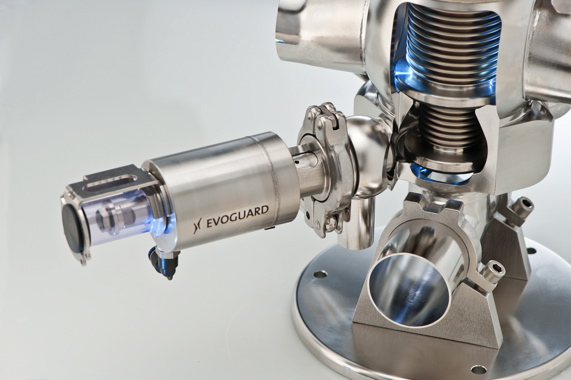 The Evoguard series of valves has been enthusiastically received by the market. As demonstrated not least by the Anuga FoodTec. So far, more than 150,000 valves have been produced.

“It’s overwhelming to see how well our valves have established themselves on the market in such a short time,” says Evoguard GmbH managing director Martin Zierer noting that the high quality in the production process, including energy savings, safe handling in production operations, and dependability in the process have helped Evoguard’s customers.

“The Evoguard series of valves has been optimally tailored to the needs of the food and beverage industries, and of the dairy sector too,” explains Zierer. “The most important requirement applying when we were designing the valves was excellent functionality in actual use, incorporating high-performance seal systems that meet all the hygiene-related stipulations involved.”

The use of the latest materials available for producing the seals has proved to be an optimal choice for both the disk valves and for the seat and double-seat valves, creating numerous advantages in process applications. In addition, the parts can be precisely traced and identified using a matrix code.

The Evoguard valves are produced in Nittenau, Germany, where the 43,056-square-foot production and administrative building accommodates the R&D (research and development), design, sales, manufacturing and assembly departments.

With “Made in Germany” quality, Evoguard supplies both long-standing and new customer groupings with valves and components as a foundation for safe and automated processes for producers of foods, beverages and dairy products.